Getting To Know... Young Decades

Getting To Know... Young Decades

Their new single 'Sinner' is out now 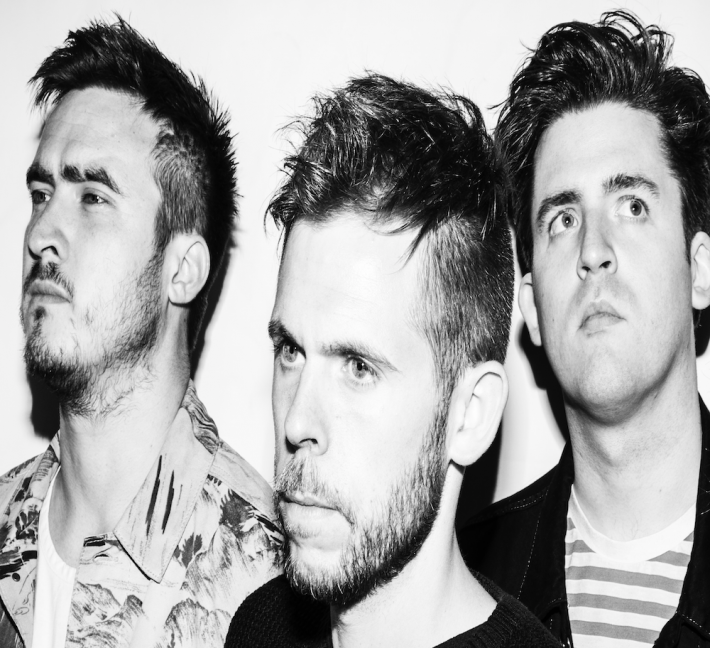 Following on from the release of their highly-praised debut EP 'Let You Down' earlier this year, which saw heavy support from BBC Introducing and reached 100k Spotify streams in a matter of months, emerging outfit Young Decades now return with their triumphant new single ‘Sinner’.

Channelling a bold and anthemic pop-rock direction from start to finish, 'Sinner' sees them comeback in incredible form. With its broad and textured sound, blistering production, and killer chorus to boot, it feels like the only way is up for this lot right now.

The piano came first actually, because there was one at home – it made nice noises so I was hooked! Learning Coldplay and Starsailor tracks by ear when I was little was my first proper memory. Then that side of me lay dormant until I got into the guitar.

I was a sucker for older music, I was obsessed specifically with 60’s rock. I was super excited by all the music that started happening from about 1967: Hendrix’ first album, Led Zeppelin’s first, Sgt Peppers, Cream – it seemed like the biggest and most awesome shift in music and it was unrecognisable from even one or two years previous. It was the precursor for almost everything else I loved too. That period is what finally made me decide music is what I wanted to do.

Fatboy Slim “You’ve come a long way baby”. Amazing album and I found it fascinating, all the random sounds and changes in pace and sound within songs. If you hear an electronic influence in Young Decades, that started with that album – followed shortly by Daft Punk which blew me away and made an even bigger impression.

It has to be “Every breath you take”, it’s timeless. It’s poised, intelligent yet simple, punchy, emotive, cool – it’s the golden ratio of musical and commercial - the biggest seller from the biggest band in the world at the time and I’ve got a huge emotional tie to it and it never gets old to me.

Strangely my songwriting process has never changed, we’ve just got quicker. Once I have a stem of a song (be it from an iPhone jam recording or one of us messing around on an instrument), I create a really simple demo in logic, load it to our band Dropbox along with a load of others – that way there’s no pressure at all placed on each one. Then the band and I listen to all and favourites are chosen and developed from there, that way the song has already won its place in the pipeline which is good psychologically.

Just this week the guitarist Scott and I have had Bruce Hornsby on heavy rotation, it has a proper bygone feel-good 80’s sound.

I’d probably say Phoenix, as long as we could borrow their huge lighting arrays! Our guitarist saw them irl at Glastonbury and came back with 10% wider eyes, so it must have made an impression!

The most rewarding thing about being a musician is the feeling you get when you crack a melody or a lyric or a riff. The best thing about being in a band is that I’ve immediately got 3 other people I can text about it.

The most frustrating part is when we are forced to rely on other people in the industry, because 95% of them will let you down. There is such a supply of budding bands and musicians around that service providers don’t need to do a good job to make a living, they just need to get you in. Everything that’s possible to do ourselves, we’ve brought in house – and the more we’ve done so, the better the results have been and you don’t have the stress of waiting on a 3rd party.

Well, if we end up being in any way successful through what we’re doing now – some great advice we’ve picked up and are now religiously sticking to:

Don’t skimp on quality: from the bottom up each song should be the best you can do right now, don’t hold anything back. If you have to budget yourself: Out of songwriting, performance on the record, engineering, mixing and mastering – focus on songwriting and spend the money on the mixing.

FOCUS: There’s too much to do as a band, simply put - it is a business with no income. But you don’t see every new start business founder trawling through twitter at 3am following people or watching YouTubers advice videos, so why are you - stop doing things that don’t matter. You’re a band and you’re a person, so focus on writing amazing music and focus on your normal life and income too! – because the income is literally your life support and there would be no music without it and your life… happens to be where all the good people and inspiration comes from.

Young Decades' new single 'Sinner' is available to steam now. Check it out in the player below.

8 hours 32 min ago Following on from the release of his highly-praised 2018 LP 'Good Thing', Leon Bridges has now an