Getting To Know.. Young Robot

Getting To Know.. Young Robot

Their new single 'No Name' is out now 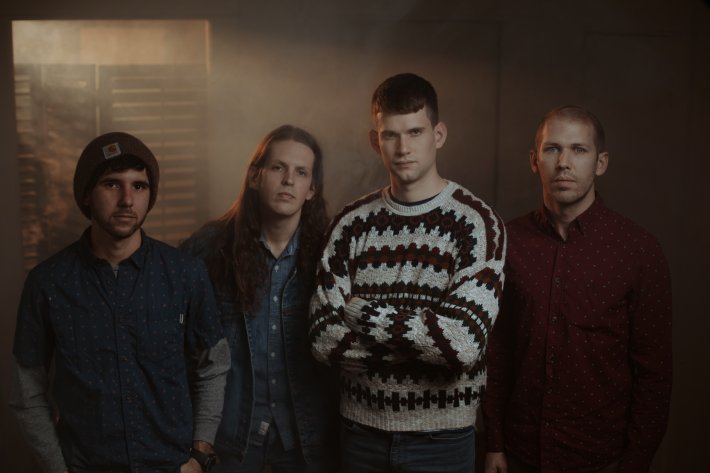 After spending the last year releasing a wide and varied array of groove-filled offerings, Nashville-based outfit Young Robot have now returned to deliver their captivating new single 'No Name'.

Bringing back that warm and enticing indie-rock sound they have cultivated for themselves, 'No Name' sees the group return in stellar form. Filled with smooth and vibrant textures, euphoric production, and some killer hooks throughout, these guys have certainly nailed the atmospheric direction so many bands try to adopt.

Life, and the people we love. Getting to spend time with friends and family has yielded more stories and good vibes than anything else we can think of.

A variety of Rock, Indie, and Rap, that were the normal staples of growing up in the mid-2000s. Most of us have overlapping tastes, but Brandon’s is totally the most refined. He’s a walking Pitchfork playlist.

If it’s before noon, we’re Trappin’.

In a sense, all of them. There’s never a direct narrative in any of them though. Each piece is meant to capture or reference a feeling and period of time, rather than a specific moment.

Playing House Shows in the Midwest during 2019 was a lot of fun. We got to hit up Ohio, Illinois, and Michigan for some rowdy basement parties. Fingers crossed that those are coming back soon.

We’re all pretty nature oriented. We love camping, getting out on the water, and Christian in particular can keep any type of plant life growing LONG beyond anyone else that we know.

We likely would have focused on Astral Projection and made attempts to meet on other planes.

It only stops when you stop. Take care of yourself, keep your spirits up, and keep moving forward. Congratulate others, but don’t draw comparisons or be jealous. Love and be loved in return. Never stop having fun.

Young Robot's new single 'No Name' is available to stream now. Check it out in the player below.

6 hours 40 min ago Following on from the enormous success behind their recent comeback single 'Cloud 9', which has s

1 day 9 hours ago After delivering his much-loved EP 'Back Then' earlier this year, LA-based artist Friends Don't D