Getting To Know... Ziggy Alberts

Getting To Know... Ziggy Alberts

His new album 'searching for freedom' is out now 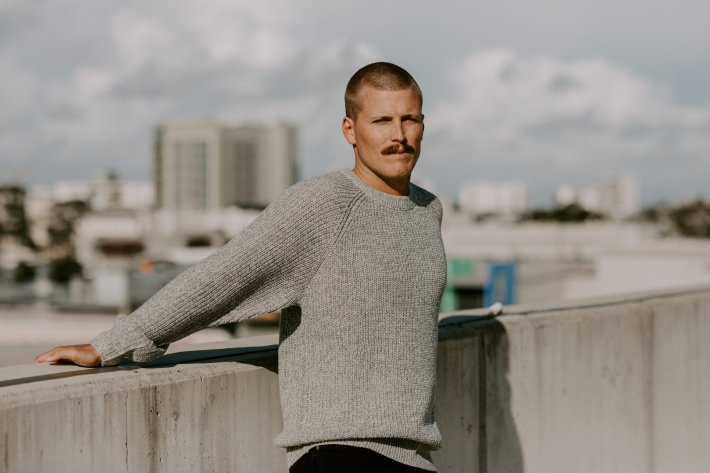 After spending the last few years releasing an array of bright and uplifting compositions, Australian singer and songwriter Ziggy Alberts has now returned to deliver his latest album 'searching for freedom'.

Channelling a warm and uplifting aesthetic throughout, 'searching for freedom' makes for a wonderfully smooth and enticing listen. Filled with a light and exquisite direction, subtle production, and his own immaculate voice at the helm, we can feel that he is set for great things after this release.

So with the new record available now, we sat down with him to find out more about his background and what has inspired him most over the years.

The guitar; I got my first left handed guitar in 2011.

Before starting music, I listened to a lot of acoustic songs, rap, RnB, pop and even some pop/punk style music. I listened to pretty much everything but screamo and heavy metal!

Teenage Dirtbag by Wheetus. I believe it was an EP and I got it very young... 10 years old maybe? Great song (haha).

I had this feeling when I first heard Let Her Go by Passenger. What a tune!

I like to jump in my van and head down the coast, particularly if I want to record demo versions for some of the songs.

Caamp, from Ohio, USA. Holey heck! They should hire me as a marketing guy, because ever since my friend Matt showed me their songs, I tell everyone!

Ben Howard, in 2011 during his Every Kingdom Tour!

That you can make people happy, and you can help create positive change in the world.

Dealing with all the voices in my head (haha!)

To go out and give it your all, every night. When Paulie Bromley - Producer behind the new album searching for freedom - recorded my album Made Of Water (2013), this is something he said to me when I asked him about how they spread their music around the world. It stuck with me ever since and I think it is a part of my ethics that have made my shows successful!

Ziggy Alberts' new album 'searching for freedom' is out now. Listen to it in full via the player below.

8 hours 12 min ago Following on from the release of his highly-praised 2018 LP 'Good Thing', Leon Bridges has now an