The new track is their first in two years 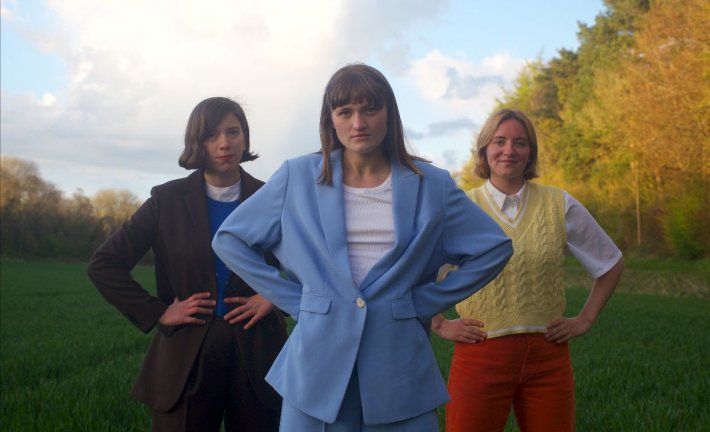 Following up the release of their highly-praised 2019 sophomore album 'Girl', Girl Ray have now returned to deliver a brand new single.

The new track 'Give Me Your Love' features production from Hot Chip's Joe Goddard and Al Doyle, and comes accompanied by a stunning new video, directed by Alex Cantouris.

Speaking about the new offering, the band's Sophie Hankin said, “We worked on this song with Al Doyle and Joe Goddard from Hot Chip in their studio off Brick Lane in London. We had one day left with them, so thought we’d unearth an old demo of a slightly house-leaning song I’d been working on a few months before. It had a really loose structure but the feel of the chords was good so we decided to try fleshing it out. It was a really long day filled with a lot of playing around with the mountains of synths that fill their studio. Sections became longer… steel drums were added (along with some wonky backing vocals) and eventually it started taking shape. With all the awfulness of 2020 in our heads - it was important to us that it sounded optimistic and hopeful; a song for future summers where people can dance and enjoy music together once again.”

While Iris McConnell and Sophie Moss added about the video, “We teamed up with our good friend and amazing director Alex Cantouris for another intricate and somewhat ambiguous love spectacle. Though this time we thought that 8 minutes of us acting would probably be unwatchable, so decided to get some professionals involved to deal with the main plot. What started off as a story about a woman having fun at a party, somehow soon turned into a romantic take on Midsommar, without the death and magic mushrooms. A queer Midsommar Night's Dream if you will. We had the best time making it, and discovered a new found love for the Kent countryside (even though one of the shoot days was literally the windiest day of the year).”

Check out the new video for 'Give Me Your Love' in the player below. 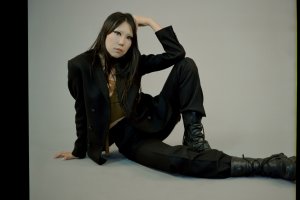 After previously stunning us with her cover of System Of A Down's 'Toxicity' last year, SASAMI has returned once again to unveil another new... 1 hour 13 min ago

With their highly-anticipated new album now just days away, LUMP have dropped the final cut to be lifted from their forthcoming full-length. The... 17 hours 24 min ago

Following up the release of their terrific debut album 'New Long Leg' earlier this year, Dry Cleaning have now returned to deliver a pair of new... 22 hours 10 min ago

With her highly-anticipated debut album set to arrive in the coming months, 박혜진 Park Hye Jin has now unveiled the next cut to be lifted from her... 23 hours 43 min ago

1 hour 13 min ago After previously stunning us with her cover of System Of A Down's 'Toxicity' last year, SASAMI ha

18 hours 19 min ago After spending the last last year releasing a flurry of warm and enticing cuts, LA-based duo Skyc