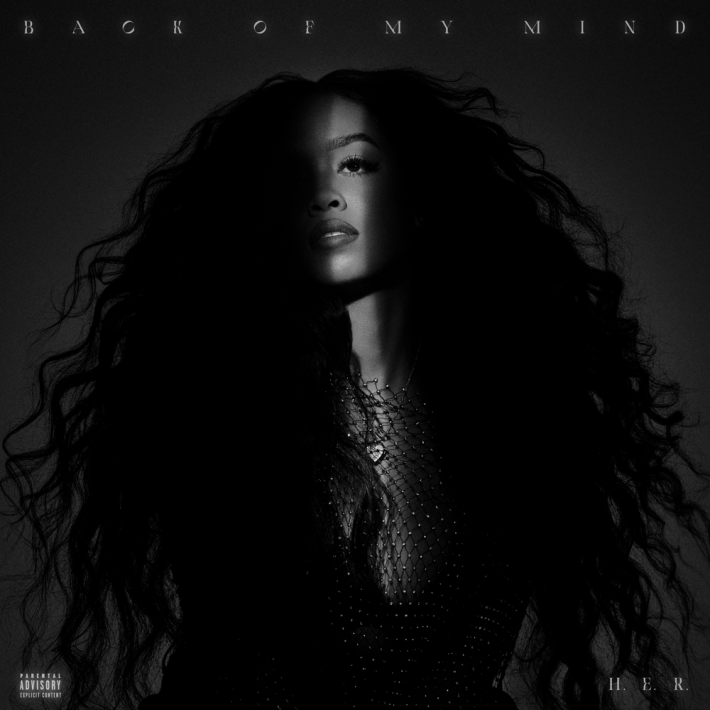 When she first emerged with her string of then-anonymous self-titled EPs in 2017, it was clear that H.E.R. was looking to bring something very different to the RnB game. With a sound that branched away from the commercial aesthetic in search of something new and invigorating, it was no wonder that she gathered cult status so quickly, and even won a Grammy and Academy Award for her efforts. Now after so many years of praise and acclaim, she finally makes the dive and drops her first studio album 'Back Of My Mind', a record that continues that progressive direction.

While the album itself is filled with notable guest such as Chris Brown, Ty Dolla $ign, Cordae, Lil Baby, Thundercat, Yung Bleu, DJ Khaled, Bryson Tiller, and YG, as well as production from Hit-Boy, KAYTRANADA, Cardiak, Rodney Jerkins, DJ Camper, and many more, it is still very clear that she is the heart and soul of this release. The broad and luxurious textures are all about continuing that adventurous sound she has cultivated for herself these last few years, and aim to create a sprawling 21-track offering that pursues a diverse array of ideas, forever pushing forward and cementing her legacy throughout.

Despite achieving so much early in her career, H.E.R. could have easily been mistaken for a flash-in-the-pan artist, but with 'Back Of My Mind', she has put those doubts to bed. It may have taken more than four years to get here, but her debut full-length is filled with expressive concepts and enticing grooves, something we could gladly flick on again straight away.

Dave - 'We're All Alone In This Together'

16 hours 7 min ago With their highly-anticipated new album now just days away, LUMP have dropped the final cut to be

17 hours 2 min ago After spending the last last year releasing a flurry of warm and enticing cuts, LA-based duo Skyc