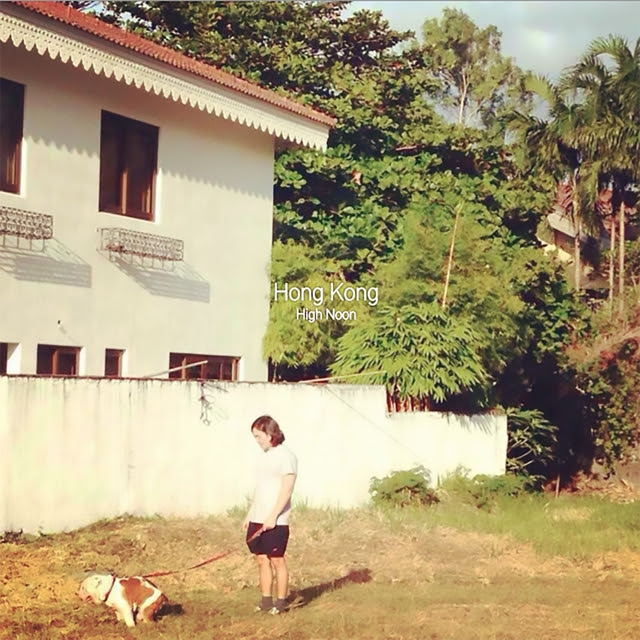 Combine the tuneful angst of Elliott Smith with the hesitant optimism of Daniel Johnston, pair it with the easy-going, lo-fi sonic swagger of Ducktails and Real Estate, and ‘High Noon’ is the result; a masterclass in harmonious anxiety that sounds as perfect on a balmy summer evening as it does sitting on the bus in the autumn rain.

Hong Kong’s (Chuck Gonzales) dream-like world is one of melodic melancholy, perpetual alienation and insightful self-reflection that speaks to a universal audience. It is this existential unease that gives ‘High Noon’ its unique identity; distorted, ghostly guitar lines cascade down over yearning, sublime vocals, creating an ethereal atmosphere that perfectly complements Hong Kong’s authentically raw, introspective lyrics. ‘I could try to read a stranger’s mind, but then I’m pretty sure I’ll never get it right,’ frets Hong Kong on the album’s title track, as he weighs up the benefits of the alternative on standout track ‘Unwind’: ‘I could loosen up my speechless tongue, if it’s wound up too tight… just to feel the fog inside me being lifted’.

But Philippines-based Hong Kong is more than just the wallflower at the party – he’s the adventurous guest trying to make sense of the chaos; his songs relate the dualistic experience of trying to fit in with the ‘strangers’ whilst retaining your own sense of individuality as you find your place in the world. ‘Will I ever feel at home?’ is the longing sentiment expressed on poignant album closer ‘Even The Shiniest Kind’, the natural climax of a set of songs in which Hong Kong elsewhere expresses his frustration at the prospect of conformity: ‘I wanna feel a different colour, dip my head into cold blue water, anything to change this unchanging weather’.

And that sentiment pretty much sums up Hong Kong’s creative mission: to capture elusive, fleeting moments of personal emotional epiphany and put them on record, guided by the unflinching belief that the most authentic way to catch a spontaneous revelation is through an equally rapid musical response. “It’s just how I work,” he explains, “From the guitar and vocals to the bass and everything else, I make a conscious effort to capture everything I feel at the time in the recording, so that everything is real and honest. That really matters to me.”

Although he looks up to a diverse range of artists, including Neil Young, The Smiths, Sonic Youth, Can, The Velvet Underground and Scott Walker, he is keen to stress the intensely personal nature of his music. “Whenever I try and write and arrange a song, I want it to sound like me at that moment. I write about things I don’t talk about, thoughts I keep to myself,” he confides, “Writing’s been that type of outlet for me.” Born in the Philippines as Chuck Gonzalez, he gave himself the anonymous-sounding moniker Hong Kong as a way of counterbalancing the incredibly personal nature of his music. But with an album as timelessly enchanting as ‘High Noon’ on his hands, Hong Kong may have problems staying so anonymous for long.

Have a listen to his new single 'Late Bloomer' in the player below.

1 day 15 hours ago With his highly-anticipated new album just a month away, Leon Bridges has now unveiled the next c

1 day 15 hours ago Despite arriving seemingly out of nowhere earlier this week, plenty of tastemakers are already pr