The Swedish trio on influences, their 2017 album and well...skiing. 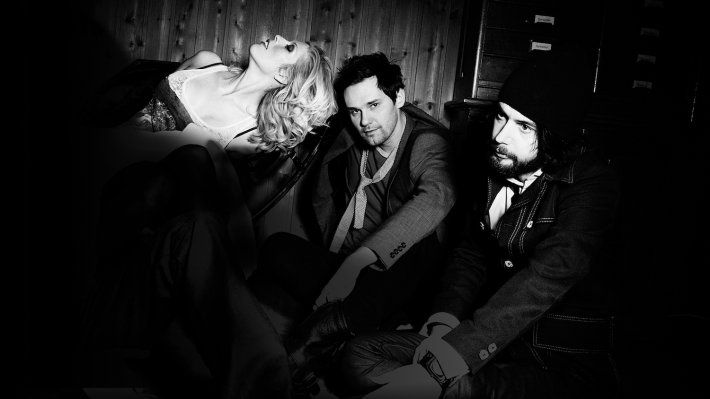 Consisting of Ava, Joakim and Kristoffer - the latest emerging talent from Sweden comes in the form of Avakhan. It's really no surprise the female fronted band have drawn comparisons to the likes of Sky Ferreira and Marina And The Diamonds with their latest 90's style, feel good electro-pop single 'Just Let Go'. Check out our chat with the trio and get to know them a little better...

Can you tell us what your new single, 'Just Let Go', is about? Is there a personal story behind the song?

The song came about at a party. We had a really bad hangover and we ended up on a rooftop with a great view of the city of Stockholm. It was morning, and the sun was rising, and we wrote the song in less than twenty minutes. The song is about how some people affect you in way where you just let yourself lose control! You know...like…you can't do passion halfway. Living your passion means you're all in and there is no limits! The reaction to the single has been very positive. People love the production and the melody, and think it’s very addictive and easy to sing along to!

Actually that must have been at an old elementary school outside Stockholm. It was a classroom in the basement and we got permission to set up our instruments and recording equipment there if we promised to only use it at night. Those nights when we were alone in that old school building during the winter…minus twenty degrees Celsius and pitch black outside....it was a mixed feeling of cosines and horror movie.

Being from Sweden, where a number of influential musicians have come from, do you think it’s shaped your music? If so, how?

Yes it has probably shaped our music pretty much. Sweden’s taste in music is progressive and we have a reputation being early-adopters. So it is a very creative environment that encourages you to try out new things, both when it comes to melodies and soundscapes.

We’ve heard that there might just be a new album coming in 2017, what can we expect from this? How far along In the process of making it are you?

Pretty much half way. We got the songs but we’ve also got a new studio to get familiar with. The sound is leaning towards electro-organic with a tweak of beautiful guitars and big vocals.

Lastly, could you give me an unusual fact about yourselves? Something for our readers that not many people might know...

Yes. Ava is a former junior alpine ski star racer (downhill).  Kristoffer is a snow scooter-maniac, drives them on lakes and stuff even in the summertime. Joakim is very, very tall!

7 hours 52 min ago With his highly-anticipated new album dropping early next year, Miles Kane has now unveiled the n

7 hours 45 min ago Just when you think the indie-rock scene has reached peak saturation, an artist comes along and f