INTERVIEW: CLANN sits down to discuss his latest project and album 'Seelie'

INTERVIEW: CLANN sits down to discuss his latest project and album 'Seelie' 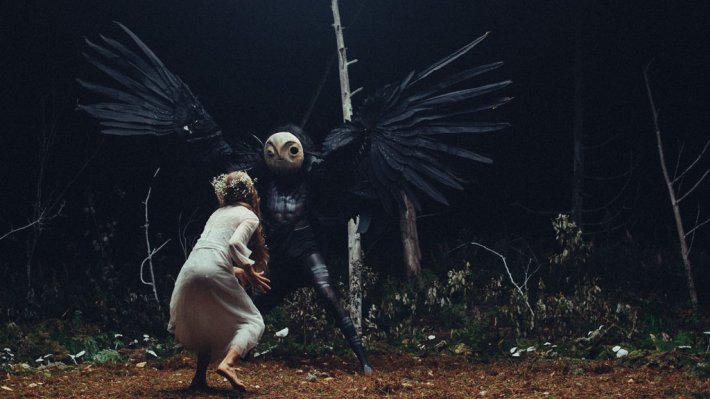 After releasing his incredible new album 'Seelie' at the end of last year, we caught up with producer Sebastian McKinnon aka CLANN to discuss his current musical project as well as all the plans he has moving into 2018.

Hi Seb, how are you today?

We are discussing your latest project CLANN. Can you tell us what inspired you to start it?

CLANN is entwined with my film work, though my film work began with creating my own music. A few years ago I got my hands on Logic and started experimenting – it opened up a whole new world for me, and the music I was throwing myself into was inspiring scenes and characters in my head, and I simply felt like I had to get them out and make them real somehow. The answer was film. In turn, the more short films I created, the more the images inspired their own music in turn… So it’s like a never ending loop of ideas and feelings – music inspiring images, images inspiring music.

And how would you describe the album’s sound to those who may not be familiar with it or have previously enjoyed your previous work?

That’s a really tough one honestly. I think it’s safe to say it’s definitely cinematic and atmospheric, with downtempo beats. Always lead by some unintelligible airy and ethereal vocals. People have told me it’s at once epic and soothing. Beautiful and strange and eerie at the same time. It makes them feel good and melancholic at the same time…It transports them to another world. So I like that word: otherworldly.

You have described the new album ‘Seelie’ as part of an ongoing multimedia project called KIN Fables. Can you tell what else is involved in the project?

I’m creating a cinematic world – the music being a single pillar among many (though one that is at the heart of the project). So far, 3 short films have been created over the past few years, accompanied by original paintings as well. We have a graphic novel in development, and actually have a feature film in the works – script is finished, and we’re currently seeking funding for production. The KIN Fables project will not be finished until the movie is made. Things are taking their time, and our fans and supporters give us much needed confidence and strength to keep pushing for it. At times it feels like reaching for the unreachable!

The album also includes a whole host of collaborators. Can you tell who else is on the record and why you chose to work with them?

Charlotte Oleena’s voice is the soul of the project. She’s on almost every track. She’s been collaborating with me, bringing this vision to life from the very start of KIN Fables and CLANN. I saw her for the first time on youtube, playing guitar and singing in a self-recorded video. I knew immediately I could not make this happen without her. Luckily we both lived in the same city, Montreal. I was so happy she accepted to come on board. I feel like there is much more we could accomplish together.

After the success of the first short film KIN, I got an email from a violinist from France: Chloe Picard. She expressed interest to help with the rest of the music that was to accompany the films. We worked long distance for the first CLANN album, and for Seelie she came to Montreal. Not only is she a professional, but we both immediately clicked on a musical level. Her string performances never fail to give me the chills… goes right to the heart. She added much feeling, depth and sophistication to our sound.

And then of course I have my friends Marc Luciano, Simon Lacelle and Chuck Bernard (mastered the album) who are much more knowledgeable on the technical side of production than I am. They were and continue to be great council and help.

‘Seelie’ seems to be inspired by a range of diverse artists. Were you listening to those acts for inspiration or have they just been an influence for the project from the start?

They’ve been an influence from the start, for sure. It’s hard for me to find good music I fall in love with. I’m very picky. When I find a good song that speaks to me it’s like finding a precious gem. What I’m saying is I don’t have that many gems, so I kind of end up listening to the same playlists all the time, so naturally that must infiltrate into my own music somehow. But I am hungry for new music; I think I’m seeking something that isn’t out there yet – so maybe that’s where the sound of CLANN comes from. In any case, I don’t really think about it that much; I just do what feels right to me.

And now that the album is completed, what are your goals for this new year?

Make another album, and start shooting my debut feature film.

'Seelie' is out now on House of Youth Records – stream/download: http://geni.us/MIiHa

7 hours 9 min ago With his highly-anticipated new album dropping early next year, Miles Kane has now unveiled the n

7 hours 2 min ago Just when you think the indie-rock scene has reached peak saturation, an artist comes along and f