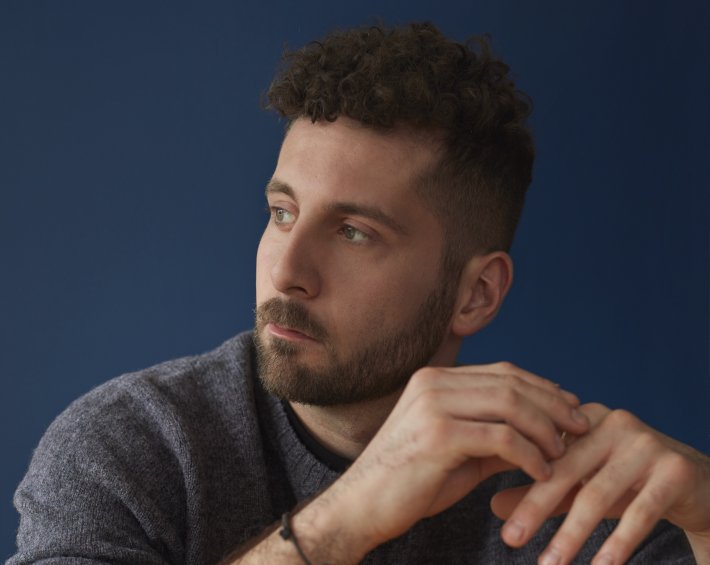 The last year has certainly been an exciting one for singer and producer Elderbrook. Having kicked things off back last summer with his collaboration with Camelphat on their hit record 'Cola', the frontman has spent the months since releasing new music in preparation for his first studio album. We sat down with the fresh-faced frontman to discuss everything he has done, doing and plans to do very soon.

Hi Alexander, how are you today?

We’ve been hearing a lot about you recently, and it all started with the Camelphat collaboration ‘Cola’, which ended up being nominated for a Grammy. How was the ceremony?

It was amazing! I never expected the record to do so well but a Grammy would have sounded ridiculous had someone have told me that a year ago.

You have spent the last few months working on your debut album alongside artists like Empire Of The Sun and Diplo. Do you find it easier to work alongside others when it comes to being inspired or do you have an idea of what you want when you head into the studio?

Whenever I’m making music I usually don’t plan out what I want to do. I’ll usually just play around on some synths or some percussion until I find or play something I like. After that the song just develops naturally. I produce as well so often when I work with someone I’ll have an idea ready to expand on. I’m not sure if it’s easier but I think working with other people definitely makes writing a lot quicker. Probably because I’m not worrying about the specifics.

The music that we have heard so far, from ‘Talking’ to ‘Sleepwalking’, have this very vibrant and fresh sound to them. Would you say that they are of the general tone for what’s coming or are we going to hear a few surprises when it comes out?

There are definitely some surprises to come! I like to think the music I have been making spans a number of different styles, genres and feelings. Having said that, my vocals to come definitely touch on similar styles to what you’ve heard before.

You have also just released your latest track ‘Capricorn’. Can you tell us a little more about how that song came to be?

It was written a while ago in London with Nicky Nighttime. I always loved the song but after a few months the “La La Las” were added and I think that really made the song stand out a little more. The song tells the story of two people. One of whom is obsessed with horoscopes and the other who tries to change the horoscopes.

And as for your schedule for the rest of the year, what plans have you got in the pipeline? Any notable gigs you are looking forward to?

Very excited to be playing at Heaven in London on the 24th October. It will be my biggest headline show yet! Closely followed by some German headline shows. Before that though am going on a big American tour in September. I always love going out to America so looking forward to that as well. Then in between will be working on finishing new music.

Finally, you have already been tipped by so many to become one of the big new names of the year. But what would you say has been the biggest highlight of your rise so far?

Getting my first disc for Cola was definitely a great moment for me. I’ve had the chance to work with some amazing people as well! It’s all been pretty amazing just looking forward to releasing more music now.

Elderbrook will be performing a headline show at London's Heaven on the 24th October, and you can check out his latest single 'Capricorn' in the player below.

20 hours 34 min ago With their eagerly-awaited new album now just over a month away, Death Cab For Cutie have now dro