INTERVIEW: S.G. Wolfgang sit down to discuss their new album, future plans and their work to improve mental health

INTERVIEW: S.G. Wolfgang sit down to discuss their new album, future plans and their work to improve mental health 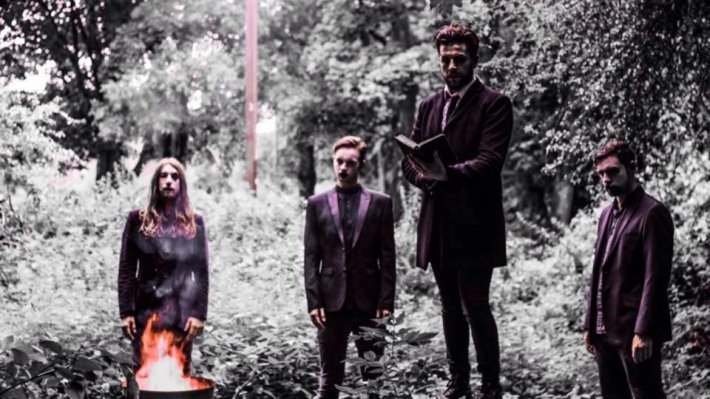 With their debut album 'The Shadows Are Lengthening’' available to stream and download now, we sat down with indie-rock newcomers S.G. Wolfgang to discuss their latest release, the plans they have on the horizon, and their work with mental health charity CALM.

Hi guys, how are you doing today?

Really good thank you, excited to be back out in the world with a whole album at last for everyone. Thank you for asking.

For those that haven’t heard you yet, how would you best describe your sound?

Last time we heard from you, you were called Sean Grant & The Wolfgang. Would you say the name change is part of a new beginning for you or did you just feel like shaking things up?

I’d say less of a new beginning more a natural evolution, it was prevalent even from the “7 Deadly 7” release that it was more of a band effort than a lead man and ‘backing band’ together we decided to change it before the album as it just felt like the right thing to do.

You have just finished released your debut album, ‘The Shadows Are Lengthening’. What were the inspirations and influences that drove the sound of this new record?

I think we draw influences from many places, we all love listening to a huge range of music and we’re constantly sending each other new bands or tracks through our text group. There are of course elements that stick out to me from my own tastes. The melancholy of Jeff Buckley those octave guitar lines QOTSA like with crooning vocals reminiscent of Nick Cave... But I guess people will draw they’re own conclusions.

It is being previewed by the raucous new single ‘Souls Out’. Would you say that the style of this track is reflected in the overall sound of the album?

It does. It seemed the most poignant yet visceral single for us to release and had ‘first single back’ written all over it. The whole album is a journey through a culmination of years working towards this point, I like to think it will be one of those records people will re listen to over and over and will hear different things each time, or different lyrics and it will grow into them like most of my favourite albums have done in the past.

With the album out now, what are going to be your plans for the next few months?

There’s music videos to come and some weird little homemade teasers will be starting to appear over the next week or so.

We will be touring the album around the release date and beyond:

BBC Introducing have been really supportive with the single so far which we always really appreciate. I guess we’ll be doing as much as humanly possible to take what we’ve been working on and give people the opportunity to hear it.

We’re really proud to have partnered with CALMzone the charity dedicated to preventing male suicide for the album. It was something really important to us with the albums subject matter and felt that it was important to reach out to as many people who had been effected directly or indirectly so partnering with The CALMzone has been an incredible honour for us.

And while things are only beginning to kick off for you now, where do hope to see yourself by this time next year?

I think the same feeling as every release, for it to be doing well enough so we can make another one because we really do love doing it. Of course most importantly for us... For us all to be in good places and we wish all our friends, family and fans to continue to be happy, or if they aren’t right now know that they can be and this time next year that’s truly attainable.

Obviously we’d love to be touring as much as possible, getting a few more festivals under our belts and generally reaching the ears of as many new people as possible with our music and taking them with us on this quest of ours.

S.G. Wolfgang's debut album 'The Shadows Are Lengthening' is available now and you can check out the video to their latest single 'Marys Grave' in the player below. The band will be performing at the Mystic Sons x Fierce Panda takeover at London's The Finsbury on the 18th October and you can also visit the CALM website at www.thecalmzone.net for information on the charity.

6 hours 33 min ago With his highly-anticipated new album dropping early next year, Miles Kane has now unveiled the n

6 hours 26 min ago Just when you think the indie-rock scene has reached peak saturation, an artist comes along and f