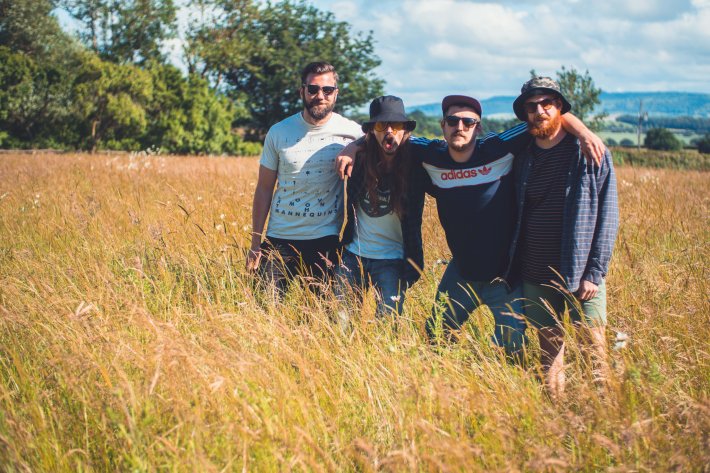 With their brilliantly titled debut album 'Rhubarb Nostalgia' available now, we sat down with indie-pop newcomers Wild Cat Strike to discuss their latest release, the plans they are making for themselves, and how they are finding their new lifestyle in the spotlight.

I am doing ok thanks.

For those that haven’t heard you yet, how would you best describe your sound?

We are an alt rock band, in the vein of modest mouse and mewithoutyou. Songs with big feelings and loud/quite parts.

You have just released your debut album ‘Rhubarb Nostalgia’, which is probably our favourite album title of the year so far. Can you tell why and how that name came about?

The title just came to me out the blue whilst I was ruminating, walking and writing lyrics in my head. It seemed to some up this flowery yet confused emotion. This ambiguous ‘rhubarb’, that is completely subjective and could be irreverent or hold great meaning, and the profoundly emotive feeling of ‘nostalgia’. It creates of choice of how to refer to your memories, as false and distorted or honest and true. It felt like the term already existed to me. But also I guess I thought it was cool, hell that’s why we do most things.

Given that this record follows on from a number of EPs and singles so far, how would you say this record compares to your previous material?

This record is more song based, and tuneful I think. In the past we’d play around with longer builds and instrumentals, RN is straight to the point. We play with wider ideas and styles, like country slide guitars, Glockenspiels, and more aesthetic and thorough production. But still the same WCS angst.

And how did you find making the album? Was it easier or harder than you had imagined?

We recorded it ourselves at Small Pond, the studio of our labels, engineered by Joe our drummer, and produced by him, and ourselves. It was very free and liberating to control everything, the sounds, the mixing and layers of chaos we wanted to add. Though that meant quite a lot of listens to each song, in a dark hot room. But we were also able to get our friends to sing on the record, and that’s always s nice thing.

Now that the record is out, what will be your plans before the year is out?

After our tour in Europe with our friends I Feel Fine, we will be demoing new songs for our next release.

And although you have only just started, 2018 has been a very eventful for you guys. So what has been the most “rockstar” thing you have done in that time?

Their debut album 'Rhubarb Nostalgia' is available now and you can check out the single 'I Feel Good' in the player below. You can also catch Wild Cat Strike when they perform at the Mystic Sons x Fierce Panda showcase at London's The Finsbury on the 18th October.