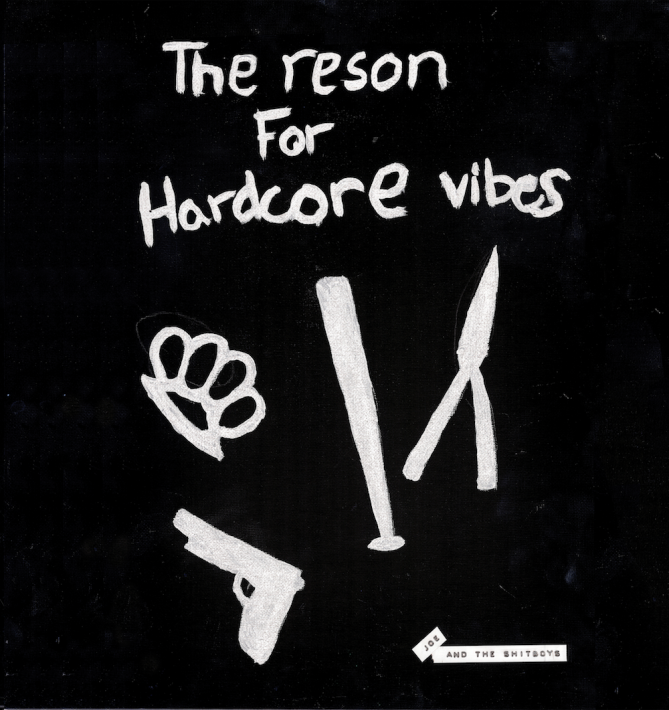 When it comes to have an interesting niche to fall into, emerging outfit Joe & The Shitboys have them in spades. They are punk, they are vegan, they are bisexual, and they hail from the Faroe Islands, which possibly makes them one of the more specifically angled groups we have heard in a longtime. And after a huge amount of buzz building up over the last few months, they have now delivered their highly-anticipated debut album 'The Reson For Hardcore Vibes', a raw and raucous offering that only clocks in at ten minutes long.

With tracks like 'Drugs R'4 Kids', 'FuCk', and 'If You Believe In Eating Meat Start With Your Dog' littering the brief tracklisting, you can expect that this isn't going to be a usual experience from a run-of-the-mill punk band. But unfortunately, it kind of is. Despite the band's clear intention to create a stir with some bold and divisive opinions, the overall impact of this first collection doesn't really hit as hard as you think it would. Call it desensitisation, but with the focus of this release to standout and make a clear statement about itself, it never really gets going when you compare it to their contemporaries.

While there are the odd interesting and catchy moments on here, 'The Reson For Hardcore Vibes' lacks an identity in what it wants to be and achieve. And as a result, the record rambles its way through its very short runtime and doesn't leave much of a lasting impact.

1 hour 28 min ago Following on from a string of bold and delightfully offerings over the last few years, London-bas