Her first full-length is out in October 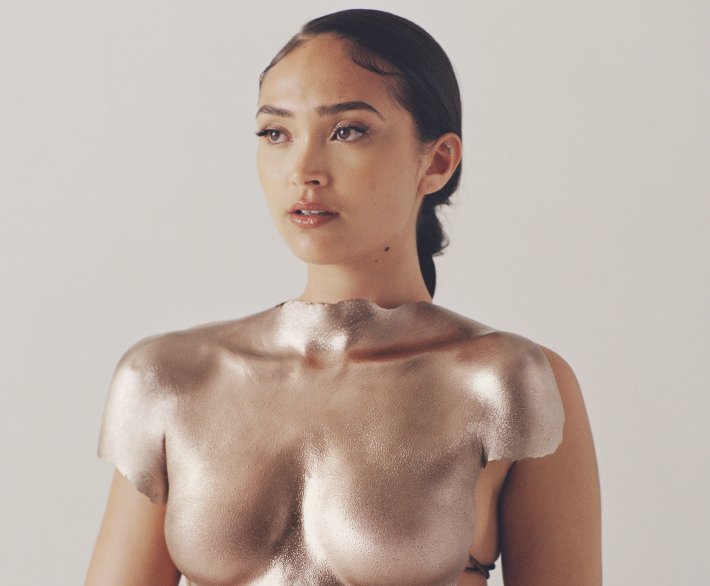 After creating a huge amount of buzz throughout this year so far, Joy Crookes has now announced the details behind her highly-anticipated debut album.

The new full-length 'Skin' will include the previously shared single 'Feet Don’t Fail Me Now', is being previewed by the newly unveiled title-track, and is set to be released on the 15th October via Insanity Records.

Speaking about the new record, she said, “Skin is my debut album and the proudest work I have made to date. It is an auto biographical body of work covering subjects from casual sex to generational trauma, abuse of power and mental health.

“I was fortunate enough to make this first album with the exceptionally talented producer Blue May. I sat across the whole production process and I'm proud to say I've been credited with Blue as a co executive producer. The majority of the album was made at the incredible Konk Studios; we also had the pleasure of recording an 18 piece string section at Abbey Road Studios in the famous Studio 2, and we recorded pick up vocals all over the place, from a random hotel room in East London, through to a home studio in Clapton. London is in the DNA of this album.

“The word skin massively resonates with me as biologically it is one of the strongest parts of our bodies, however socially and externally it is often used against us. This juxtaposition is grappled with throughout the album; lyrically my album is effectively a collection of stories. The record consists of songs I wrote at the mere age of 15 up until 21. This is an album about my identity.”

Have a listen to 'Skin' in the player and see the album's full tracklisting below.

'Skin' Tracklist:
I Don’t Mind
19th Floor
Poison
Trouble
When You Were Mine
To Lose Someone
Unlearn You
Kingdom
Feet Don’t Fail Me Now
Wild Jasmine
Skin
Power
Theek Ache

Following on from the enormous praise for her 2019 self-titled debut album, SASAMI is back to announce the details behind her next studio album,... 4 hours 23 min ago

Having returned with a flurry of fresh and exciting cuts throughout the year so far, Sad Boys Club have now announced their plans for a new EP,... 10 hours 5 min ago

Having remained practically silent for the last five years, Alex Clare has now made his long-awaited return and shared a brand new single. The new... 4 days 10 hours ago

With his highly-anticipated new album out early next year, Bonobo has now unveiled the next cut to be lifted from his forthcoming full-length. The... 5 days 10 hours ago

4 hours 23 min ago Following on from the enormous praise for her 2019 self-titled debut album, SASAMI is back to ann