The new release is available to stream now 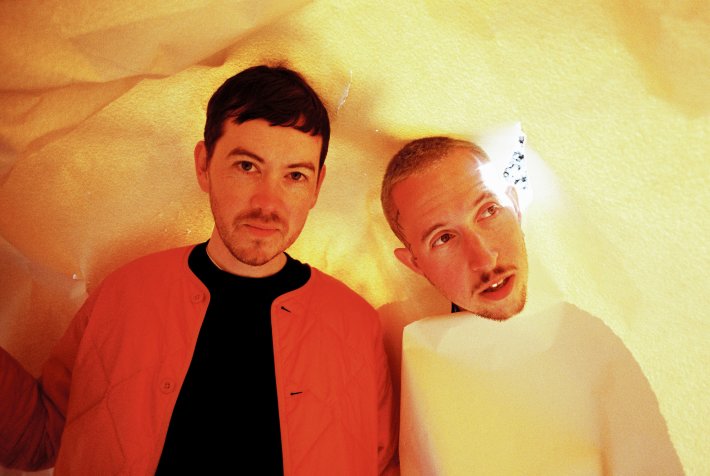 The joint forces of two Mercury-nominated artists will forever be an event of excitement and anticipation. When Slaves guitarist Laurie Vincent and songwriter-producer Joylon united for the explosive project of Larry Pink The Human, this is exactly what we got.

Since the genesis of their project early last year, Larry Pink The Human has released a string of exuberant and pop-perfect singles, leading up to the drop of their first full body of work, ‘M1XTAPE’.

Doused in the noughties pop-rock syrup of candied riffs and sprightly synths, ‘DO DON’T WILL WON’T’ carves out its own space within the compilation. Despite its aurally delightful appearance, the new track embraces the unpredictable propensity of life in one unshakeable and nonchalant breath, perfectly encapsulating the humble and deeply introspective nature of the album.

About the track, they say: “This song is an embrace of our lack of control. Life happens and we are powerless to stop it."

Alongside ‘M1XTAPE’, Larry Pink The Human have announced a bounty of UK dates:

Following on from the enormous praise for her 2019 self-titled debut album, SASAMI is back to announce the details behind her next studio album,... 2 hours 10 min ago

Having returned with a flurry of fresh and exciting cuts throughout the year so far, Sad Boys Club have now announced their plans for a new EP,... 7 hours 53 min ago

Having remained practically silent for the last five years, Alex Clare has now made his long-awaited return and shared a brand new single. The new... 4 days 7 hours ago

2 hours 10 min ago Following on from the enormous praise for her 2019 self-titled debut album, SASAMI is back to ann

1 day 2 hours ago Following on from a string of impressive offerings over the last year, Stockholm-based singer and