Her new collection is out in July 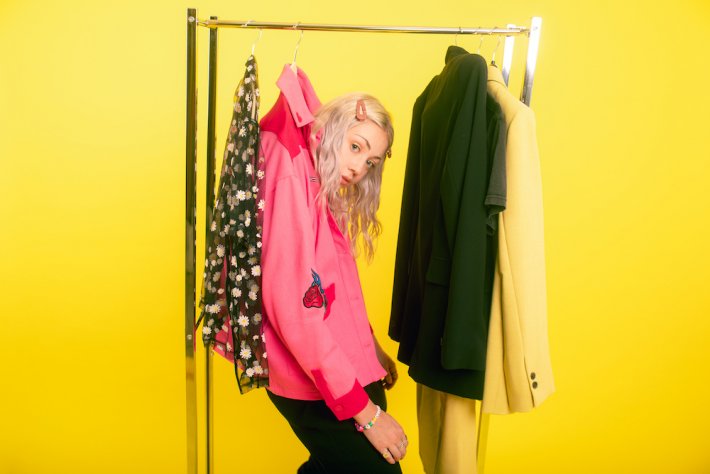 Following on from the release of her much-loved comeback single 'Old Nudes' earlier this year, Lauran Hibberd has now announced her plans for a new EP, arriving in the coming months.

The new collection 'Goober' is being previewed by the new track 'How Am I Still Alive?', which features a guest performance from The Regrettes’ Lydia Night, and is set to be released on the 30th July.

Speaking about the new offering, she said, “Doing a collaboration was something I’d always wanted to do. I’ve always felt it really important to work together with similar artists instead of working against them, especially in these times. I am super stoked to have Lydia (Night) sing on the track; I toured with The Regrettes in 2019 and THEY ROCK. It was so much fun, and I took so much from it, and Lydia is bad ass so YEAH!”

While adding about the new EP, “‘How Am I Still Alive?’ toys with the bleakness of everyday life and makes it sound more entertaining than it actually is. Michael (Cera) becomes the focus point of getting through the mundane but plays on the idea of ifI actually had him I probably wouldn’t want him anyway. That, and the everyday celebration of making it through another day pretty much sums up the last year of my life.”

Have a listen to 'How Am I Still Alive?' in the player below.

Lauran Hibberd · How Am I Still Alive? (with Lydia Night)

Following on from the release of his highly-praised 2018 LP 'Good Thing', Leon Bridges has now announced his plans for a new studio album, arriving... 7 hours 3 min ago

Having remained largely silent for the last few years, Martha Wainwright has now returned to announce the details behind her next studio album.... 12 hours 44 min ago

Following on from the release of his highly-praised 'In Limbo' EP last year, Max Pope has now returned to share a brand new single. The new track... 14 hours 51 min ago

With their eagerly-awaited new album set to drop in the coming months, The Go! Team have now unveiled the next cut to be lifted from their... 1 day 12 hours ago

With their highly-anticipated new album now less than a month away, Wolf Alice have dropped the next cut to be lifted from their forthcoming full-... 2 days 12 hours ago

7 hours 3 min ago Following on from the release of his highly-praised 2018 LP 'Good Thing', Leon Bridges has now an