Her first full-length is out in June 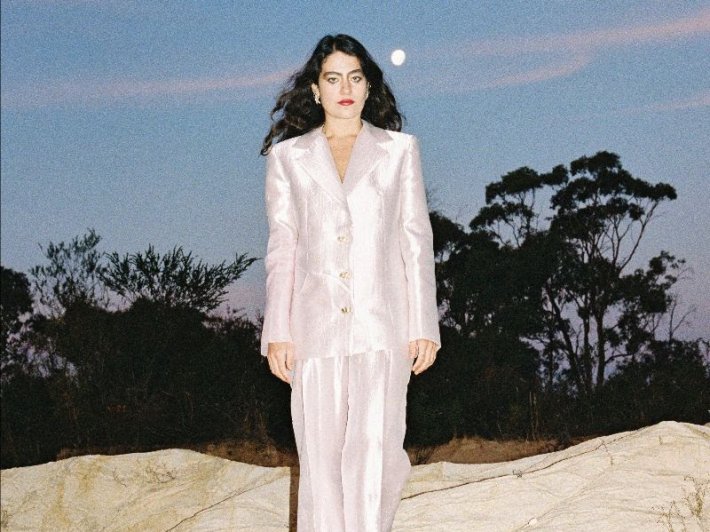 After making her mark with a flurry of enticing releases the last few years, Melbourne-based singer and songwriter Maple Glider has now announced the details behind her eagerly-awaited debut album.

The new full-length 'To Enjoy Is The Only Thing' will include the previously shared cuts 'As Tradition' and 'Good Thing', is being previewed by the blissful new single 'Swimming', and is set to be released on the 25th June via Partisan Records.

Speaking about the new offering, she said, “This was meant to be a love song, but by the time I finished it, it kind of predetermined a break-up. I’d been experiencing some of the most beautiful places I’d ever been in, and falling out of love was very confusing. I was trying to force myself to be happy and in love, but I was far from home, and really lonely. It made sense to record the song after the break-up. I kind of felt like I was able to handle the sincerity of it then.”

Check out the new video for 'Swimming' in the player and see the album's full tracklisting below.

'To Enjoy Is The Only Thing'
As Tradition
Swimming
View From This Side
Friend
Be Mean, It’s Kinder Than Crying
Good Thing
Baby Tiger
Performer
Mama It’s Christmas

Following on from the release of his highly-praised 2018 LP 'Good Thing', Leon Bridges has now announced his plans for a new studio album, arriving... 6 hours 3 min ago

Having remained largely silent for the last few years, Martha Wainwright has now returned to announce the details behind her next studio album.... 11 hours 44 min ago

Following on from the release of his highly-praised 'In Limbo' EP last year, Max Pope has now returned to share a brand new single. The new track... 13 hours 51 min ago

Following on from the release of last year's highly-praised LP 'Silver Tongue', TORRES has now announced her plans for a new studio album, arriving... 1 day 6 hours ago

With their eagerly-awaited new album set to drop in the coming months, The Go! Team have now unveiled the next cut to be lifted from their... 1 day 11 hours ago

After delivering his much-loved debut solo single 'Force Majeure' earlier this year, Justice's Gaspard Augé has now announced his plans for his debut... 1 day 14 hours ago

With their highly-anticipated debut album now less than a month away, easy life have now unveiled the next cut to be lifted from their forthcoming... 2 days 6 hours ago

With their highly-anticipated new album now less than a month away, Wolf Alice have dropped the next cut to be lifted from their forthcoming full-... 2 days 11 hours ago

Following on from the release of their highly-praised St. Vincent-produced album 'The Center Won't Hold' in 2019, Sleater-Kinney have now returned to... 2 days 14 hours ago

6 hours 3 min ago Following on from the release of his highly-praised 2018 LP 'Good Thing', Leon Bridges has now an