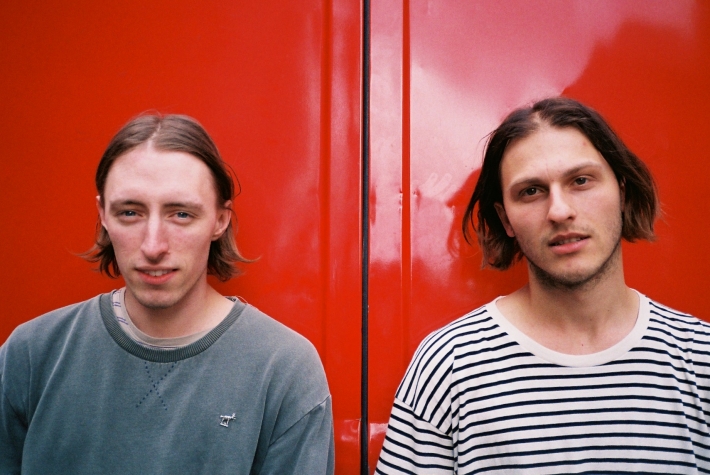 Indie-rock two-piece Nai Harvest (signed to Topshelf Records) return with "Buttercups", their most overtly melodic track yet, and one that pays as many dues to the likes of Ride, Chapterhouse, early Superchunk, classic lo-fi and dreampop as it does the fiery emo and punk spirit of their previous output.

It's a song about distance, and trying to be fair and honest with someone you're in love with who lives far away but you're not in a legitimate relationship with. You're allowed to do what you want with whoever you want but do you really want to do it or not?

Sounding, as ever, a whole lot bigger than just the two of them, "Buttercups" is the A-side of their split with Playlounge, which sees both bands contributing a new track and, in turn, a cover of each other. The record will be released on 12" flower shaped vinyl (7" playable).

Have a listen to the new track in the player below.

26 min 41 sec ago With his highly-anticipated new album just a month away, Leon Bridges has now unveiled the next c

20 min 39 sec ago Despite arriving seemingly out of nowhere earlier this week, plenty of tastemakers are already pr