The band are currently working on a new project 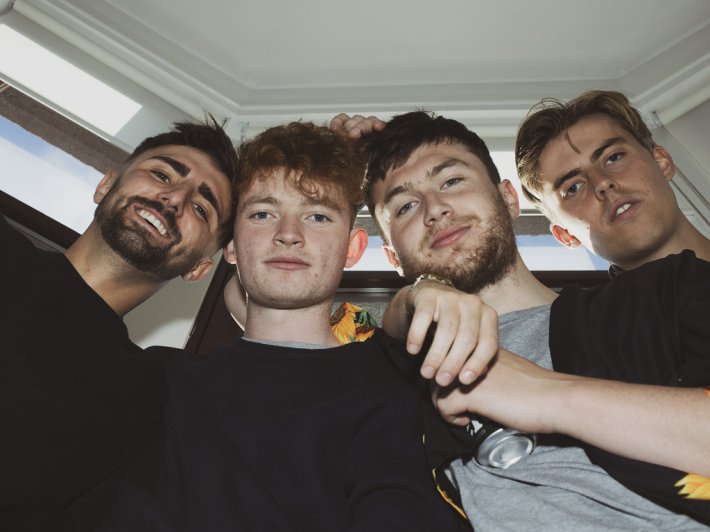 After spending the last few years unleashing a flurry of bold and captivating indie-rock gems, Glasgow-based outfit Pizza Crunch are back at it once again with this vibrant new single 'Young Excitement'.

Marked as the first piece of new material from a forthcoming project, which is expected to be announced soon, 'Young Excitement' brings back more of that rich and adventurous texture they are known for. Taking cues from the more euphoric side of the indie-rock sound, this new delight showcases the broad and mesmerising songwriting they are cultivating for themselves.

Speaking about the new release, lyricist Ewan Hearns said, “Often when writing new songs, you get excited for a few days then realise what you’ve just created is relatively pish. This song was funny. I remember I was up on the West Coast in Scotland and wrote it as a poem. No music and no sense of melody. Usually when this happens there is a compromise when it comes to producing the actual song. Weirdly though, Nathan came round with a fully structured guitar part and the words fitted perfectly. No guitar was cut and no lyrics altered. I think when that happens you kind of know the song won’t be dumped hastily like so many of the others”.

While the last year has been a strong learning curve for the four-piece, 'Young Excitement' cements them as one of the more exciting names emerging right now. Dynamic and forward-thinking at every turn, we can definitely expect to hear a lot more from this lot in the months to come.

Have a listen to 'Young Excitement' in the player below.