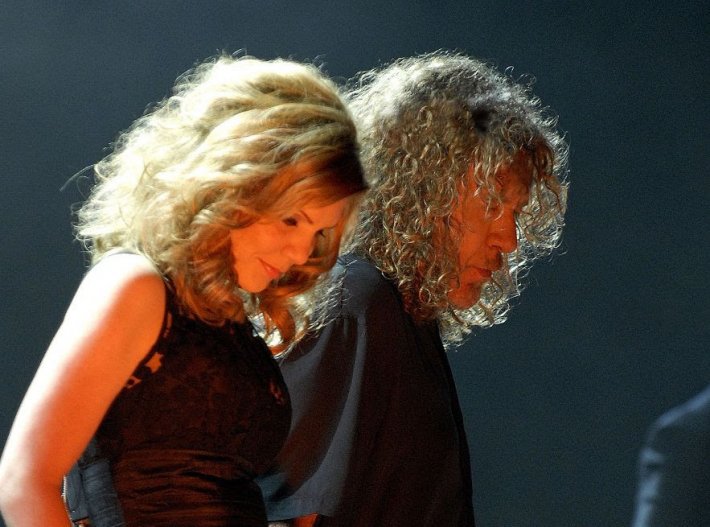 After garnering huge praise and acclaim for their 2007 debut LP 'Raising Sand', which went onto win six Grammys including Record Of The Year, Robert Plant and Alison Krauss have now announced their plans for a new studio album, arriving later this year.

The new full-length 'Raise The Roof' is once again produced by the legendary T Bone Burnett, is being showcased by the new lead single 'Can't Let Go', and is set to be released on the 19th November via Warner Music.

Speaking about their return, Robert Plant was keen to introduce the English folk traditions he has loved since adolescence, while Krauss cites hearing 'Quattro (World Drift In)' by the American group Calexico, as “the moment I knew we’d make another album.”

“We wanted it to move,” Krauss continues. “We brought other people in, other personalities within the band, and coming back together again in the studio brought a new intimacy to the harmonies.”

While Plant added, “You hear something and you go ‘Man, listen to that song, we got to sing that song!’ It’s a vacation, really—the perfect place to go that you least expected to find.”

Have a listen to 'Can't Let Go' in the player and see the album's full tracklisting below.

Following on from the enormous praise for her 2019 self-titled debut album, SASAMI is back to announce the details behind her next studio album,... 2 hours 32 min ago

Having returned with a flurry of fresh and exciting cuts throughout the year so far, Sad Boys Club have now announced their plans for a new EP,... 8 hours 14 min ago

2 hours 32 min ago Following on from the enormous praise for her 2019 self-titled debut album, SASAMI is back to ann