His sophomore full-length will arrive in October 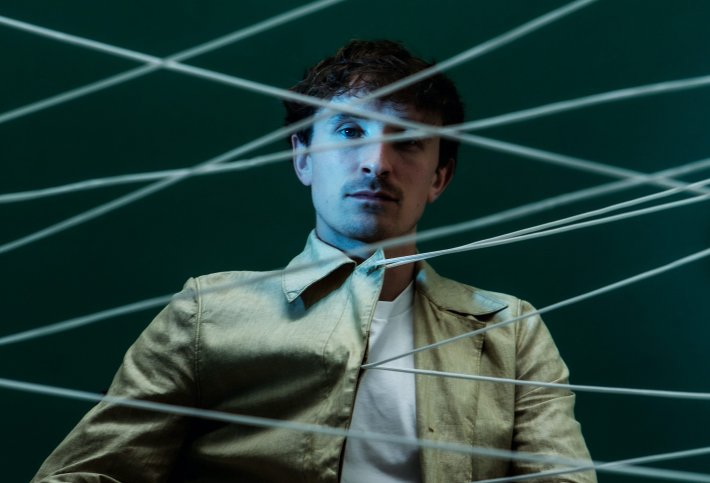 Following on from the enormous praise for his 2018 debut LP 'Family Portrait', producer Felix Clary Weatherall aka Ross From Friends has now announced his plans for a new studio album, arriving in the coming months.

The new full-length 'Tread' is being previewed by the new lead single 'The Daisy', which is accompanied by a stunning Rudá Santos-directed video, and is set to be released on the 22nd October via Flying Lotus’ Brainfeeder label.

Frustrated by the friction to the creative process that arises when recording hardware and instruments through a computer, Felix decided to write and build his own piece of software. The resulting plugin—named “Thresho” and available via Ableton’s Max For Live platform—starts recording once the audio hits a user-defined threshold, then stops once it goes below that threshold, automatically saving and indexing the resulting clips alongside timestamps.

Leaving “Thresho” running in the background, Felix now found himself able to stay fully in the moment while jamming with his instruments, free to go with ideas as they happened, safe in the knowledge that nothing would be lost, or need replaying or recapturing. This revelation in how he approached the production and writing on ‘Tread’ meant he spent the first six months just experimenting with his hardware, not actually committing to any music, but with “Thresho” quietly recording everything he was doing, each session leaving its mark on an ever expanding library of his own samples. When he later came to composing the album, he was then able to draw on specific moments, either recalling the exact date or time he had made a recording, or simply browsing the now vast audio library of his own making. "Sometimes a whole tune could come from an idea within a recording or sometimes I’d just dump a random recording into an existing project and see what happens," he explains.

At the same time as writing ‘Tread’ there were also huge shifts taking place in the world outside of music. Finding himself confined over lockdown to a small stretch of the Old Kent Road in London—an area between his studio and his house that he would traverse each day—Felix discovered this was the same neighbourhood in which his Nan had worked in a sweet shop many years before, and where his Dad had attended various parties and squats in his heyday. As he wrote the record, he spent a lot of time reflecting on his own life around this area: the parties he’d go to, different friends, relationships, houses he's lived in and made tunes in. "In my mind it chronologically tied itself to the tunes I was listening to across that period too,” he explains. “How things have changed over the past 10 years in South London can be mapped with the type of music I was listening to throughout various stages of living here. I’ve basically honoured all of these musical touchstones across the album, thinking about how those memories and the tunes attached have been etched into a permanent chronology that’s completely personal to me."

Check out the new video for 'The Daisy' in the player and see the album's full tracklisting below.

Following on from the enormous praise for her 2019 self-titled debut album, SASAMI is back to announce the details behind her next studio album,... 2 hours 9 min ago

Having returned with a flurry of fresh and exciting cuts throughout the year so far, Sad Boys Club have now announced their plans for a new EP,... 7 hours 52 min ago

Having remained almost entirely silent since their 2013 LP 'Antiphon', Midlake are back to announce the details of their next studio album, arriving... 1 day 1 hour ago

With his highly-anticipated new album dropping early next year, Miles Kane has now unveiled the next cut to be taken from his forthcoming full-length... 4 days 1 hour ago

Having remained practically silent for the last five years, Alex Clare has now made his long-awaited return and shared a brand new single. The new... 4 days 7 hours ago

2 hours 9 min ago Following on from the enormous praise for her 2019 self-titled debut album, SASAMI is back to ann

1 day 2 hours ago Following on from a string of impressive offerings over the last year, Stockholm-based singer and