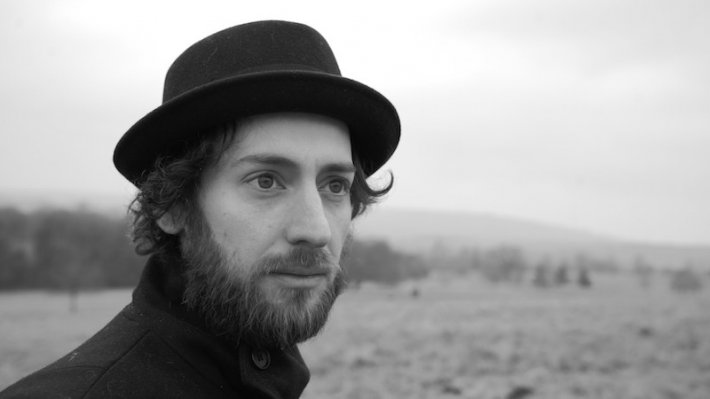 Earlier this year, Dutch-born but Bristol-based singer-songwriter Sean Christopher released his debut album 'Yonder'. Since then, the frontman has been on a whirlwind journey of self-promotion and has now returned to deliver a reworked version of that first full-length. So we sat down with the frontman to discuss his intentions, how he has spent the year, and where he sees himself going.

Hi Sean, How are you today?

You grew up in the Netherlands but have since relocated to Bristol. Can you tell us how the music scene differs between Holland and the UK?

The UK is much bigger compared to Holland and so there is a lot more music to discover over here without a doubt. More genres/subgenres here. That also makes it harder to stand out.

And would you say that moving to the UK has had an impact on the style of music that you make?

Probably, I write music based on impressions, feelings and experiences, being in a different environment definitely has its impact. Let’s see when my new album is ready.

You are soon to release your second album ‘Yonder After Midnight’, a stripped-back version of your debut album ‘Yonder’. Can you tell what made you want to reinvent your first album?

Yes. My initial idea was to release ‘Yonder’ produced in 2 ways. A much more ‘produced’ one and a stripped back one. I always had that idea in the back of my head but somehow I ended up running out of time close to the release date and I had to let go of it. I never really could let it go of the idea and that’s why ‘Yonder After Midnight’ is now here.

And has it been an easy process or did you find that reworking some of your original tracks were harder than others?

It was not as difficult as the working on the originals. Mainly because I have been playing the songs live on my own quite a lot. So I just recorded them as I felt them naturally, without thinking about producing it. I wanted it to be a super honest reflection of what they sound like ‘naked’.

It’s obviously been a very busy year for you, what with this being your second album of 2018. But what are your plans once the album is out?

Once this album is out I’m going in ‘Hermit/Winter’ mode again to work out all of my new songs. It’s a period I am really looking forward to. Writing/recording

And what about for the New Year? Are you thinking about what you will be up to when 2019 rolls around?

I want my new album to done in 2019 and ideally follow up with a funky tour.

And finally, as the year is coming to an end, which artists have released your favourite albums of the year so far?

Honestly, I haven’t really been hunting for new records this year, so I can’t tell. I heard the new Florence + The Machine (High As Hope) record recently, thought it was really cool.

Sean Christopher's 'Yonder After Midnight' is set to be released on the 23rd November via Dumont Dumont, and you can check out the reimagined version of his single 'A Thousand Hues' in the player below.

13 hours 53 min ago With her eagerly-awaited new album landing in the coming months, Billie Marten has now unveiled t