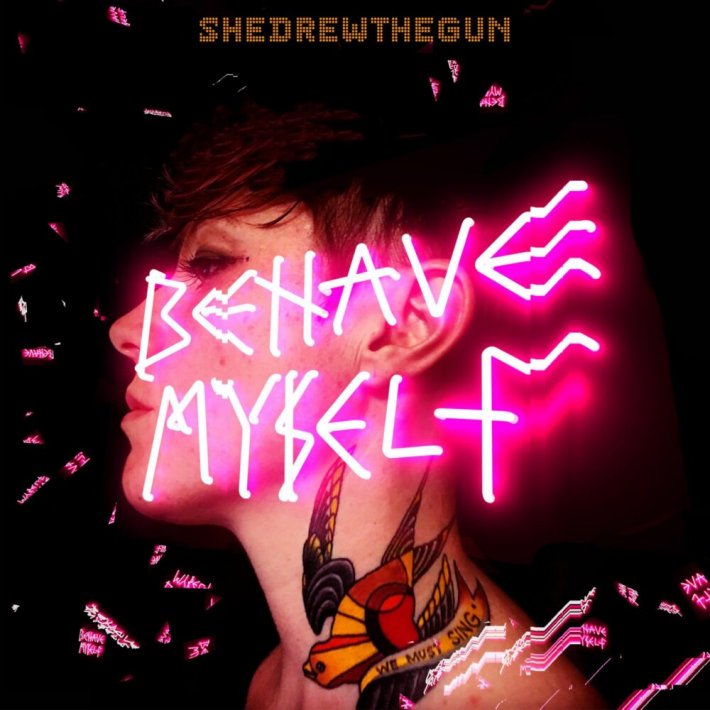 Ever since she first emerged back in 2016, She Drew The Gun's Louisa Roach has always been one to pursue a more leftfield approach to her music. While focusing firmly on the broad and psychedelic aesthetics of the indie-rock sound in her infancy, these last few years have seen her breakaway into a more diverse direction, regularly experimenting with new ideas and breaking the convention of what many expect from her. And after another few years of adventurous avenues, she is back once again with their third studio album 'Behave Myself', a record that defines itself through eclectic imagination.

Running parallel to her own distinctive approach to songwriting and production lies her strong political leanings, which have obviously remained more embedded than ever in recent years. Focusing her energy on corruption, abuse, and the division of rich and poor, which have only gotten worse throughout the pandemic, 'Behave Myself' sees her in a far more venomous attitude than usual. Her hard and striking lyrics ride across a bed of captivating psych-pop tones, producing a record that is not only an aural pleasure, but sends a strong message about the state of the world today, giving it a far more engaging feel throughout.

She Drew The Gun have clearly been been wallowing in a lot of frustration these last couple of years, and with times in yet another difficult position for everyone, 'Behave Myself' couldn't have landed at a better time. Its rich and shimmering sound permeates at nearly every turn, and creates this inviting feeling that perfectly reflects the damaging state of play we are seeing all around the world.