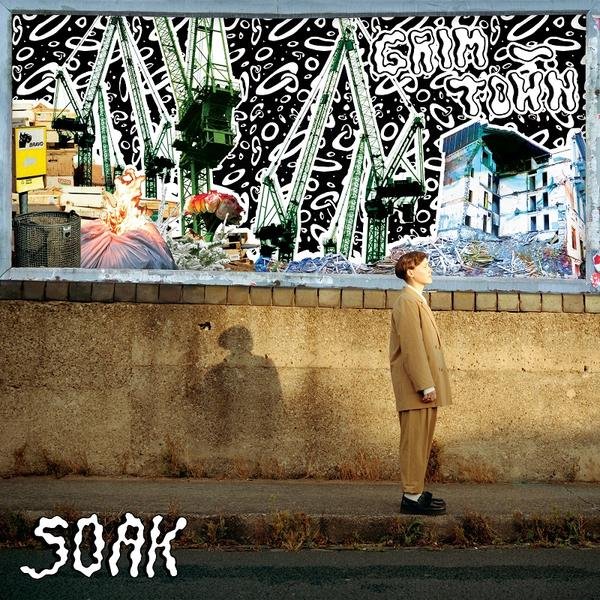 Having first been introduced to SOAK, aka frontwoman Bridie Monds-Watson, after her stellar debut album 'Before We Forgot How To Dream' in 2015, it was clear from the very start that this young woman had far more to offer than most of her ilk. With a strong and confident presence, something normally lacking in an initial full-length, she was able to project wisdom far beyond her years from the very start, making her debut LP one of the more engaging from that year. Now with four further years of industry experience under her belt, she returns with 'Grim Town', a record that looks to find the joy in the bleakest angles of today's society.

Opening up with the disparaging introductory track 'All Board', which recites a train conductor commanding people of various social statues to move around the carriage in order to segregate and humiliate them, it is clear that this return with have more of a political angle than her debut release. But rather than force it down our throats, the album swings and swoons itself around a mesmerising medley of euphoric pop tunes, capturing more of the singer-songwriter's uplifting and optimistic sensibilities instead of bogging us down in taglines and rhetoric, making this a far more accessible collection than we were expecting.

The evolution of sound and style since her early days is ever apparent on this new album. The Northern Irishwoman has taken the hallmarks of her debut and pushed to their upper limits on here, creating a diverse but ultimately enjoyable new release. Filled with positive energy throughout, 'Grim Town' has more than improved on her first full-length, it has practically left it in the wind.

5 hours 59 min ago With his highly-anticipated new album just a month away, Leon Bridges has now unveiled the next c

5 hours 53 min ago Despite arriving seemingly out of nowhere earlier this week, plenty of tastemakers are already pr