US frontwoman explores self-identity even further on sophomore full-length 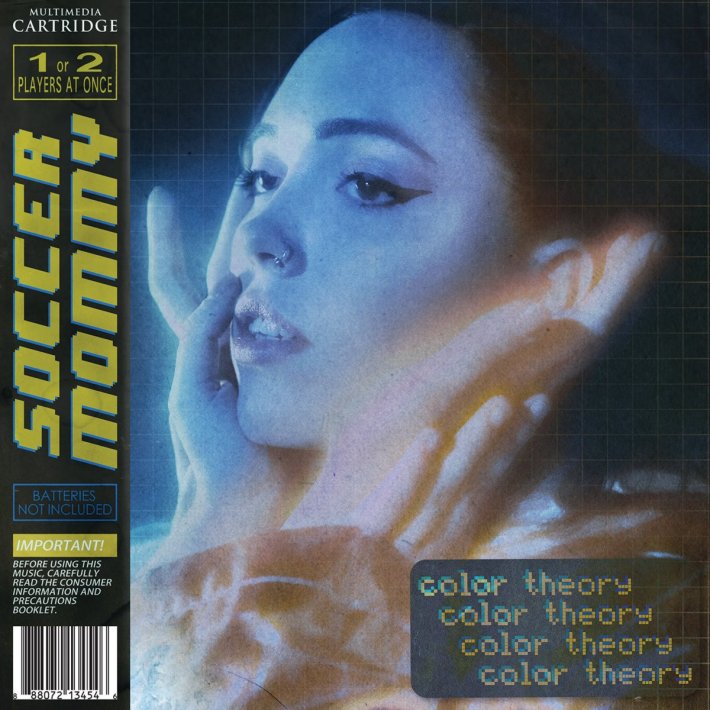 When Sophie Allison released her first Soccer Mommy LP 'Clean' in 2018, fans and critics alike were blown away at the raw honesty the then 20-year-old presented on her initial release. Driven to explore the alienation and depression she had been experiencing all her life, the record was a breath of fresh air to many and clearly had a cleansing affect on the artist at its centre. Now as she returns with her follow-up 'color theory', it is clear that she is still looking for a way to work through her demons but now spreads those anxieties far beyond herself to create an album with more than just a single story to tell.

'color theory' gets its name from the three colours she has divided this record into. The first, blue, symbolising depression is devoted to her own struggles with the disease. The second, yellow, hones in on physical illness, centring around Allison's mother and her battle with a terminal illness. And finally, grey, represents a fear of death and the unknown. But despite such a bleak outlook and guise to work through here, Soccer Mommy manages to return with a bright and uplifting collection that never feels like it is slipping too far into the dark. It almost feels like this record began as a product of her own depressed state and slowly evolved into something that never looks to show too much fear in the face of it.

Yet even without the context of this new release, 'color theory' still makes for a thoroughly enjoyable and engaging listen, never faltering fall from its basic truth and message. 'Clean' may have been the canvas in which she painted her self-portrait, but this new collection is where she incorporates more than just herself, spreading herself into new ideas and exploring more about her own place in this world. This is Soccer Mommy's world and we are just here for the ride.

Larkin Poe - 'Self Made Man'

Jacko Hooper - 'How Lucky We Are'

11 hours 24 min ago With his highly-anticipated new album set to land in the coming months, Thurston Moore has now un

Getting To Know... Ivan Campo