Twin sisters go back to basics on ninth studio album 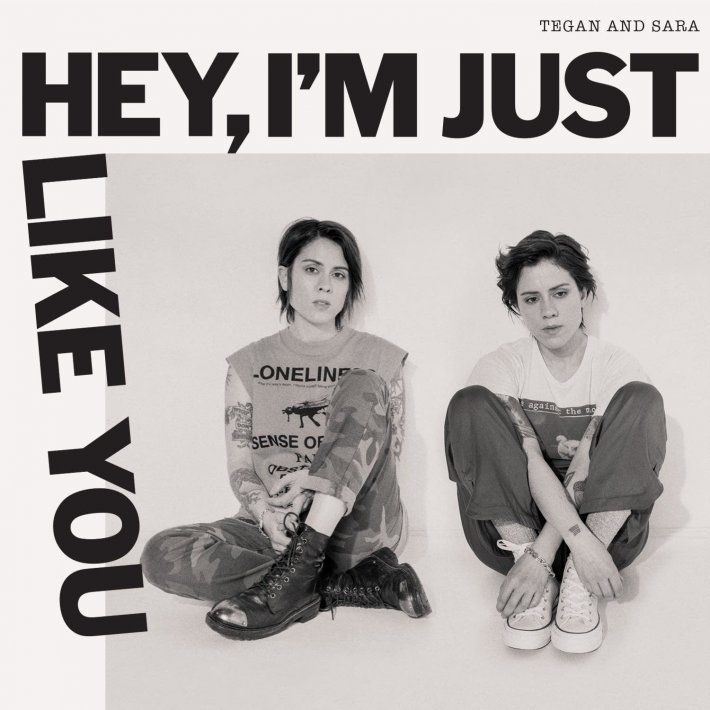 Remarkably, this year marks the twentieth anniversary of Tegan And Sara's debut album 'Under Feet Like Ours', which the pair released when they were still teenagers. Since then, the twin siblings have continued the work towards this euphoric and uplifting blend of pop-rock that has seen them survive more than two decades in the music industry, but with so much history behind them already, these last few years have seen them get a little nostalgic. With a memoir of their teenage life also expected in the coming months, and coming off the back of a tenth anniversary tour for their five full-length 'The Con' in 2017, the duo have had their heart set on the past recently, which has seen them look back to their roots on their ninth studio release 'Hey, I'm Just Like You'.

But what seems most incredible about this trip down memory lane is just how contemporary it is. While Tegan And Sara have always been forward thinking in their approach to both production and sound, acts like Charli XCX have brought their irreverent direction to the mainstream, giving their cult sound an incredibly fresh and vibrant aesthetic that matches the style of today. As a result, this feels like the duo have stopped separating themselves from the commercial sound and instead found themselves a part of it, giving them a further excuse to delve into their own direction and deliver a record filled with punch and aplomb.

For an act that has been going this long, it is incredible to hear that they still have their fingers firmly on the pulse of today's musical zeitgeist. 'Hey, I'm Just Like You' still manages to deliver plenty of the diverse and enjoyable compositions we have always loved from them, and shows that they are far from slowing down now.

Glass Peaks - 'It's Raining On The Wrong Side Of The Window'

38 min 22 sec ago Having yet to officially follow-up her highly-praised 2018 mixtape 'Highly Flammable', London rap