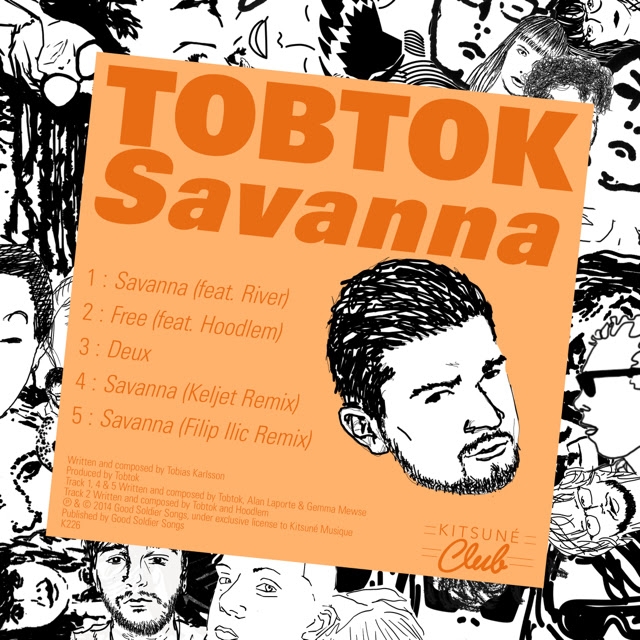 Tobtok is no stranger to Kitsuné and has, on top of playing at many Kitsuné Club Night, already done stunning remixes for the Parisian label : for Years & Years' hit single 'Real' supported by Majestic Casual, and for Citizens!' new single 'Lighten Up' taken from the forthcoming second album.

It was only natural for the young producer and Kitsuné to collaborate again on a full release.

And this has now been achieved with 'Savanna' a gem packed EP containing 3 original tracks containing a new and exclusive vocal version of 'Savanna' featuring a stunning vocal from new startlet River, 'Free' featuring Hoodlem a track guaranteed to draw smiles all round and "Deux" which can also be heard on Kitsuné Maison 16, as well as 2 excellent remixes by Keljet and Fillip Ilic that respectively add some new disco and house vibes, fitting perfectly with Tobtok's sound.

Have a listen to the title track 'Savanna' feat. River in the player below.

4 hours 59 min ago With his highly-anticipated new album now confirmed for next month, Steve Lacy has dropped the ne