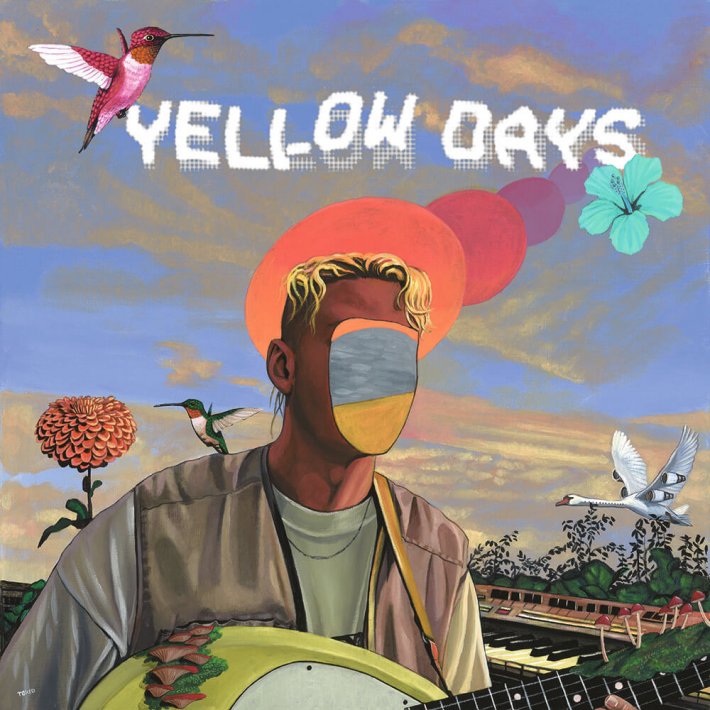 After the release of his well-received debut album 'Is Everything Okay In Your World?' in 2017, producer George van den Broek aka Yellow Days quickly found himself on the cusp of a new and inventive direction. Something that looked to fill people with good vibes and a fun sensibility, but ultimately took its own unique direction in how to get there. As a result, he built a reputation for bright yet abstract compositions that while maintaining a commercial edge were always on the peripheries of mainstream taste. And after three years of figuring out his next move, he returns with 'A Day In A Yellow Beat', a record that is far more longform than we could have considered.

While his initial full-length was a tight 13-track collection that expanded to just under an hour in length, 'A Day In A Yellow Beat' boasts a whopping 23 song tracklist, stretching its length to almost the 80 minute mark and instantly showcasing it as a far more ambitious project. But while there is plenty to find enjoyable on this new release, its sheer length and at times trouble in filling it, has ultimately left it feeling more bloated in places than it should. What could have happily been a compact 10-track offering with no filler whatsoever, has been pushed far beyond its limits and left half of this new album feeling overstretched.

It is a shame as 'A Day In A Yellow Beat' is filled with stunning works, such as 'Be Free', 'Getting Closer', and the Mac DeMarco featuring 'The Curse', but with endless interludes and breaks in the momentum, it feels like a long walk to get to the place it is always reaching for. A solid return but only about half of the time.

1 day 1 hour ago With their eagerly-awaited new album arriving in the coming months, Sea Girls have now unveiled t

1 day 1 hour ago Having dazzled so many with a string of impressive releases these last few months, which have see