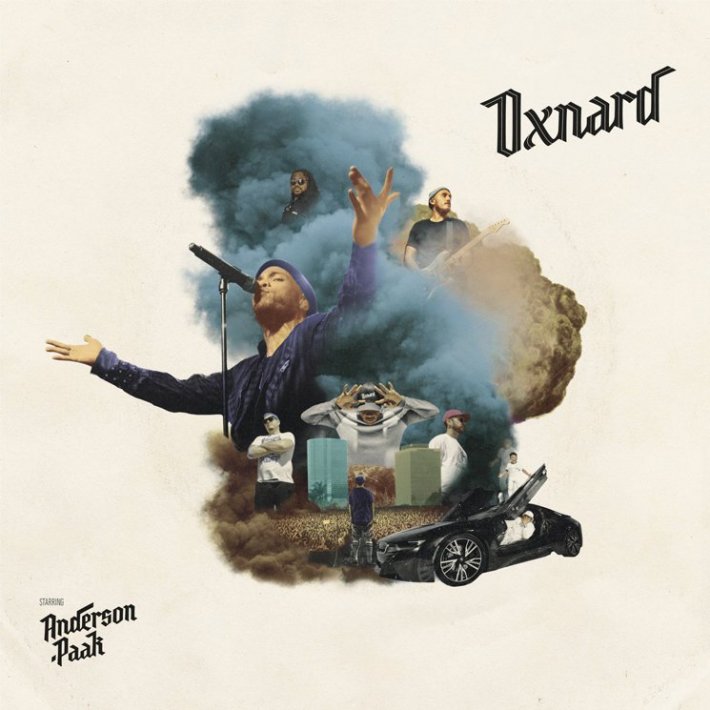 Over the last few years, the image of Anderson .Paak has grown from a cult appreciation to a full-one worldwide dominance. Since releasing his critically-adored sophomore album 'Malibu' back in 2016, the frontman has spent nearly the entire time since touring the release. His experiences and new world view have become the influence behind his latest full-length 'Oxnard', which while is named after the town in which he grew up, is more about taking in those multifaceted inspirations and combining it with his own style, resulting in his most high-profile release to date.

Produced entirely by Dr. Dre and featuring a horde of notable guests including Kendrick Lamar, Snoop Dogg, Pusha T, J Cole, Q Tip and many others, 'Oxnard' is more about making a claim for a wider commercial audience than appeasing his current fanbase. While 'Malibu' saw him deliver a wide range of funk and soul-based cuts, influenced by the greats like George Clinton and James Brown, this new collection sees him want to fit in more with the Bruno Mars crowd, adopting a far more contemporary angle as it plays. Yet despite almost every guest appearing on this new record is a rapper, hip-hop plays only half a role in his core sound as he looks to polish up his own direction to make it more accessible throughout.

Although a far more radio-friendly release, 'Oxnard' is jam-packed with funk-filled anthems that will surely be the album that brings Anderson .Paak out further into the world and give him the global recognition he has so sorely deserved. While it would have been better to see this record drop in the summer, it still brings plenty of sunshine to these winter nights.