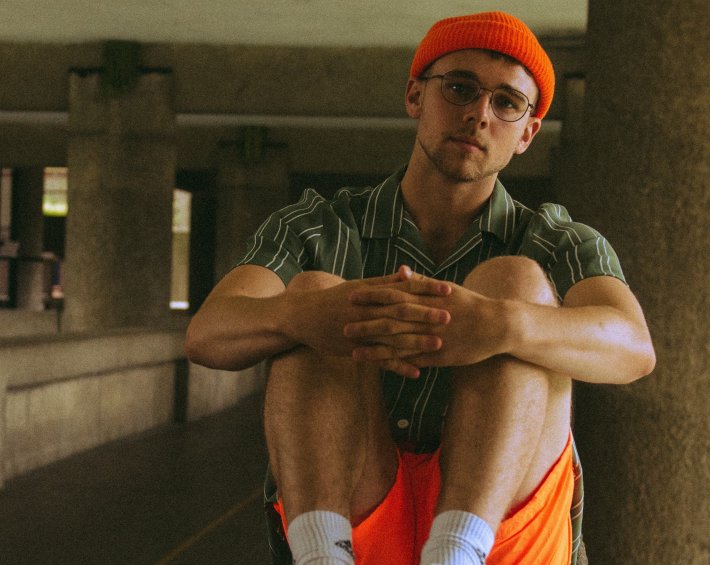 Following on from a string of highly-praised releases throughout 2019, including ‘White Gates’, ‘Tongue Tied’, ‘Stepping Stones’ and ‘Elevator’, as well as his recent UK tour supporting Cassia, Brighton-based singer and songwriter Alfie Neale now looks to continue his run of form as he returns with his latest sweeping single ‘Vices’.

Channeling the smooth and laid-back feel of artists such as Tom Misch and Jordan Rakei, this new offering uses sombre production and a light, effortless feel to highlight the frontman’s soaring voice, while adding his own bold and euphoric flair throughout.

Speaking about the new track, he adds, “‘Vices’ is a compilation of the experience of moving to a new city (Brighton) and living with 5 of his best friends for two years. The song describes the importance of the little things in life, and how much support friends must show each other through the hard times. Although the bottom line of the song is serious there are less serious aspects to the song such as a simple case of not having enough money to get a taxi home from a night out in Brighton.”

‘Vices’ is set to be the first of many new releases from Alfie throughout the new year, as he also headlines London’s Colours Hoxton on the 30th April before heading off on a festival run including Live At Leeds, Hit The North, and Liverpool Sound City. Have a listen to it in the player below.

21 hours 39 min ago With their eagerly-awaited new album now just over a month away, Death Cab For Cutie have now dro