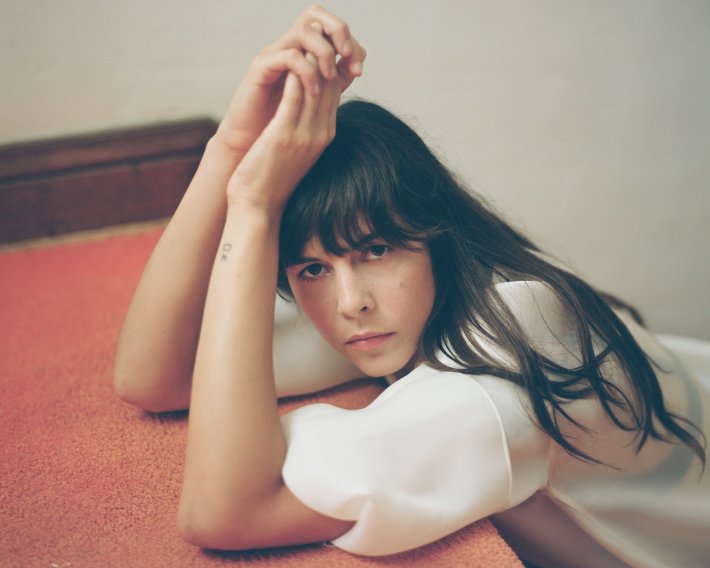 After spending the last few years making a name for herself as an independent artist, Nashville-based Madi Diaz is now looking to reboot her career as she delivers her debut single through Anti-Records, 'Man In Me'.

Channelling a rich and atmospheric direction, 'Man In Me' sees her deliver a wonderfully dark yet enticing new offering. Using little more than a wistfully played piano, grizzled guitars, and her own soaring vocals at the helm, this new delight sees her rejuvenated in spirits and showcases her beautifully uplifting songwriting.

Speaking about the new single, she said, "’Man In Me’ was the first song I sat down to record for myself in about six years, which is the reason I thought it was so important to release first. It’s a very intimately visceral moment, a sort of play-by-play inner monologue, taking my first steps through a really hard time."

The accompanying video, directed by Stephen Kinigopoulos, “emphasises the intensity of a moment held and held and held. For me, this video is like holding a stare for so long that it hurts. It's like knowing you should let go, but you keep holding on cause you can't say ‘when,’ and playing with that tension lying right beneath the surface. You know something's up, but you just can't put your finger on it.”

Watch the new video for 'Man In Me' in the player below.

2 hours 58 min ago Following on from the release of their highly-praised mixtape 'Rōnin I' in March last year, UNKLE