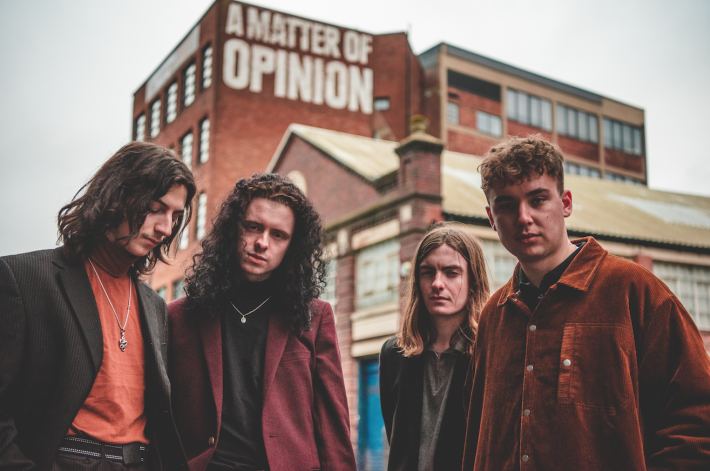 Following on from the release of their breakthrough single 'Man On The Bridge' last year, Midland-based punks The Novus have returned to share their blistering new offering 'I Serve Not'.

Lifted from their forthcoming debut EP 'Thaleia Standing', which is out on the 18th June, their latest effort is a bold and diverse effort that takes on a multitude of different aesthetics. Inspired heavily by the deep and dark sounds of post-punk, they are making a huge impression on this unstoppable anthem.

The new track also comes accompanied by a stunning new video, directed by Conor Stirling, the first of three sets of visuals they plan to release. Speaking about the videos, they said, “This is the first in a trilogy of videos in which we sent an identical brief to 3 different people in an attempt to conduct a creative experiment to determine how important the role of the ‘individual’ is in any art-form.

"We laid out 3 reference videos, a bunch of stock footage with the option to find more & a previous performance video of ours & received back 3 different outcomes based on the individual’s background, experience & style. It is by no means a competition, but more so an outlet to work with multiple creatives on 1 project to express their individuality based on a collective vision.”

Watch the new video for 'I Serve Not' in the player below.

2 days 36 min ago With their highly-anticipated new album set to land in the coming months, Nathaniel Rateliff & Th

2 days 31 min ago After making a huge impression last year as one half of the exciting electro-pop duo TTRRUUCES, s

Villagers - 'Circles In The Firing Line'