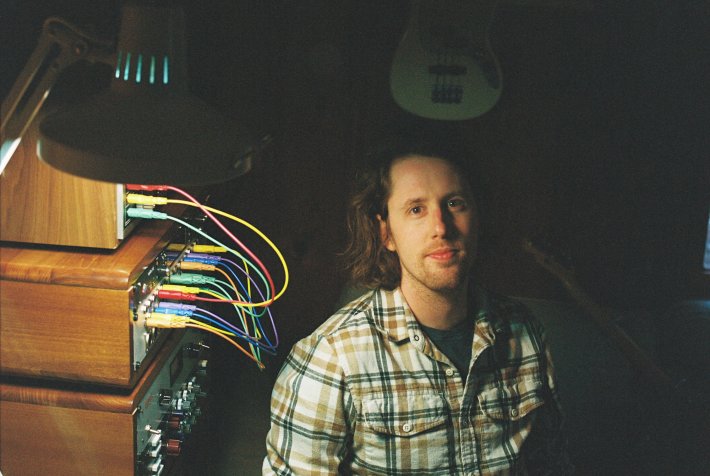 Having already earned a strong background in the world of synthesisers, previously working for Moog Music calibrating and building them, emerging producer and artist Matthew O’Connell is now looking to break out into the creative world as he announces his new project Chorusing.

Effectively taking the folk direction and applying it to an electronic soundscape, Chorusing is all about breaking new ground and exploring undiscovered aesthetics. His debut single 'Watching The Beams', which is lifted from his forthcoming debut album 'Half Mirror', is a prime example of this. Journeying through deep and atmospheric tones throughout, this new effort is a wonderfully broad and textured introduction.

Speaking about his new offering, he said, "‘Watching the Beams’ is the only track on the record that came together almost immediately—all written and recorded over the course of a day. I set up an arpeggiator on the Moog and then mixed it live with a drum machine and a fuzz pedal. The vocals have a reverse delay on them that lets each distorted lyric sort of slowly bloom. All these elements together made me think of traveling through a subway tunnel—sounds passing in and out of focus, lights flashing through the windows, the noise of the tracks.”

His new album 'Half Mirror' will be available from the 13th August through Western Vinyl, and you can listen to his new single 'Watching The Beams' in the player below.

14 hours 58 min ago Following up the release of her brilliant 2019 LP 'III', BANKS has now returned to share a brand

15 hours 48 min ago After cracking out a string of impressive offerings over the last few months, emerging US outfit