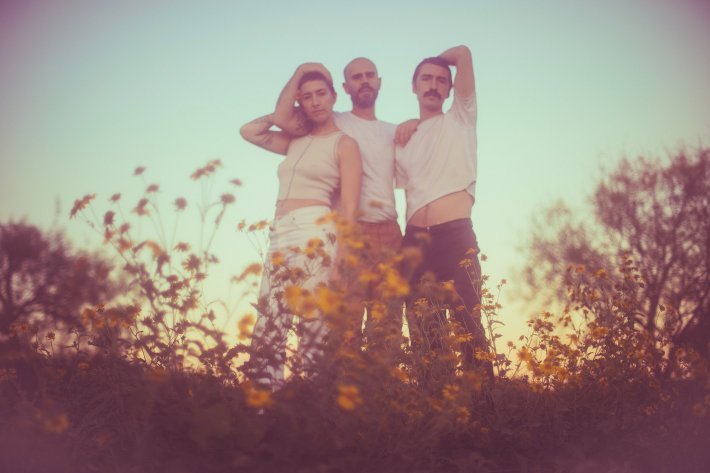 After originally coming together back in 2019, Maia Friedman (of Dirty Projectors, Uni Ika Ai), Dan Molad (of Lucius, Chimney), and Oliver Hill (of Pavo Pavo, Dustrider) are now proud to unveil their new project Coco, alongside news of the group's self-titled debut album.

Previewed by the wonderfully smooth and lofty new single 'Knots', their newest venture looks set to be an extremely atmospheric and adventurous one. With the new offering showcasing a beautifully rich and soaring sonic delight from start to finish, we can't wait to hear what they come out with next.

Speaking about the new release, the band said, “Knots came together a bit differently than the other songs on this record. We all live in different cities and generally get together for a couple weeks at a time with a light no-preparation rule, so the writing can take place with us all in the same room, in a retreat mindset.

"But “Knots” began as a virtual collaboration - Danny wrote the chords and sent it to Maia to topline, borrowing from a pop or electronic music process. Then when the next retreat rolled around, the three of us collaborated on the lyrics and arrangement to bring it home. "Will you let me in your garden again" - with both music and lyrics, we went for a lush, baroque piece with a few twists and turns, calling up a memory of someone from the deep past, or perhaps a past version of oneself.”

Coco's self-titled debut album will be released on the 29th October through First City Artists on AWAL, and you can watch the new video for 'Knots' in the player below.

11 hours 2 min ago With their eagerly-awaited new album landing in the coming months, Superorganism have now dropped

14 hours 7 min ago With a bold and blistering array of gems under his belt already, including the breakthrough anthe