The new five-track collection is out in June 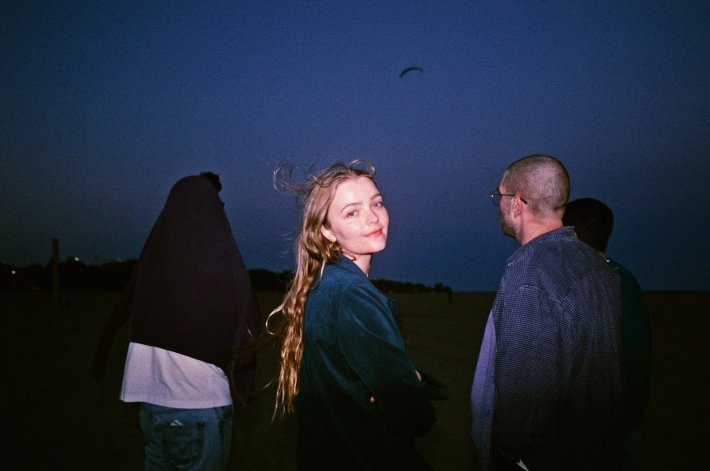 Following on from the release of their highly-praised 2020 sophomore album 'The Sun and Her Scorch', Dizzy have now announced their plans for a new collaborative EP, arriving in the coming months.

The new five-track collection 'Separate Places' is being previewed by the new lead single 'The Bird Behind The Drapes', a reworking of previously shared cut ‘The Magician’ that now features Canadian multi-instrumentalist and singer Luna Li, and is set to be released on the 11th June via Communion Records.

Speaking about the new EP, they said, “The Separate Places EP has allowed songs from The Sun and Her Scorch to go on tour without us. Following some of our favourite artists around the globe from Birmingham, London, New York and back to Toronto. Each song has been reimagined. ‘Primrose Hill’ is now fiery and tough. ‘The Magician’ and ‘Ten’ returned to a state of naive, solemn bliss. ‘Beatrice’ gains solace with felt piano and harmony and ‘Sunflower’ sounds like something out of a Super Mario Brothers video game. It’s kind of a ride.”

Have a listen to 'The Bird Behind The Drapes' ft. Luna Li in the player and see the EP's full tracklisting below.

'Separate Places' Tracklist:
The Bird Behind The Drapes (feat. Luna Li)
Sunflower, are you in there?
Beatrice St. E
Primrose Hill at Midnight
10PM

Following on from the release of his highly-praised 2018 LP 'Good Thing', Leon Bridges has now announced his plans for a new studio album, arriving... 8 hours 41 min ago

Having remained largely silent for the last few years, Martha Wainwright has now returned to announce the details behind her next studio album.... 14 hours 22 min ago

Following on from the release of his highly-praised 'In Limbo' EP last year, Max Pope has now returned to share a brand new single. The new track... 16 hours 30 min ago

8 hours 41 min ago Following on from the release of his highly-praised 2018 LP 'Good Thing', Leon Bridges has now an