Getting To Know... Ballin' Jacks

Getting To Know... Ballin' Jacks

Their new single 'Tunnel Vision' is out now 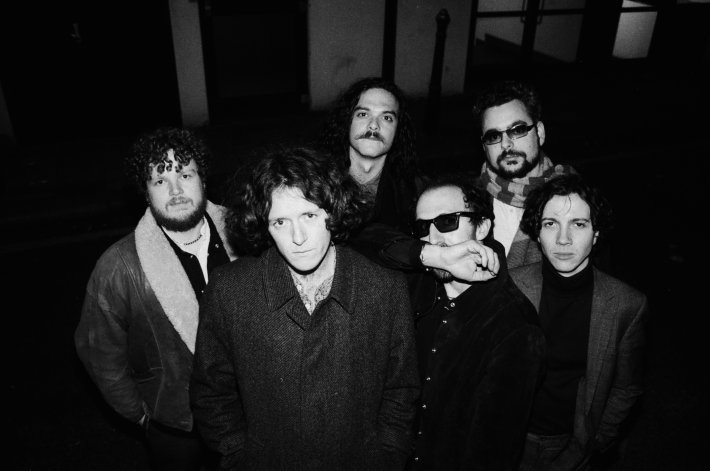 Following on from the release of their highly-praised single 'Life's A Gas Leak' earlier this year, London-based outfit Ballin' Jacks return once again with their groove-laden new effort 'Tunnel Vision'.

Continuing their pursuit of smooth and driven 70s-inspired indie-rock fuzz, 'Tunnel Vision' makes for a wonderfully captivating listen. Filled with sweeping tones, uplifting textures, and endearing hooks layered throughout, these guys look set for big things in the months to come.

So with the new single available to stream now, we sat down with them to find out more about their background and what has been inspiring them most recently.

Probably the piano, but as all I wanted to do was sing songs I gravitated towards the guitar as it was much easier to sound at least okay.

There was always music on in my house growing up, I remember Elvis, Ray Charles and Hank Williams most prominently.

The first one I remember being obsessed with is Bob Dylan’s Blood on the Tracks. I’m sure I owned plenty before that but that’s what comes to mind.

There are so many! Crazy by Willie Nelson?

Not particularly, it would probably be helpful to be honest. I don’t feel I have too much control over it, it just seems to happen when it happens.

I don’t know really. If Alabama Shakes were to go out on the road again that would be amazing, they are one of the best live acts I’ve ever seen.

The first sensation of a fresh idea probably.

Not coming up with any fresh ideas!

Ballin' Jacks' new single 'Tunnel Vision' is available to stream now. Check it out in the player below.

8 hours 50 min ago With her eagerly-awaited new remix EP landing next month, Bess Atwell has now shared the next cut

11 hours 45 min ago After an astonishing run of form throughout his releases over the last decade, South African sing