His new single 'Need You Tonight' is out now 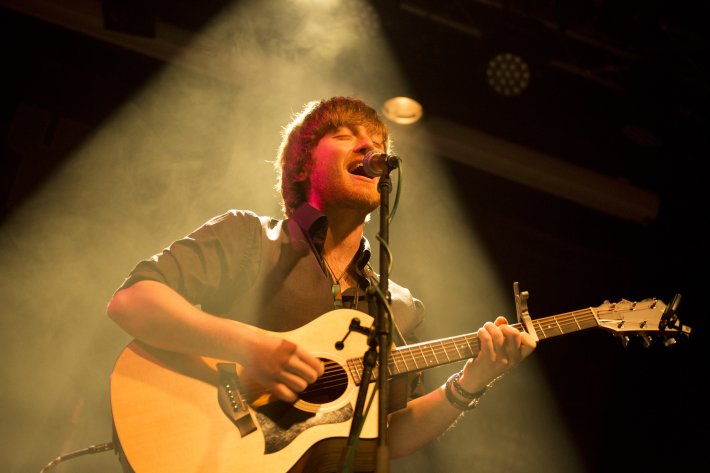 After delighting us with a warm and uplifting array of releases these last few years, fast-rising singer-songwriter Ben Hutcheson returns once again with his heartfelt new offering 'Need You Tonight'.

Channelling more of that rich and tender country-inspired sound he is known for, 'Need You Tonight' makes for a beautifully alluring listen. With his sweet and supple voice riding across a sweeping and progressive production throughout, he is really looking to pull on our heartstrings with this one.

So with the new single available now, we sat down with him to find out more about his origins and influences over the years.

100% The guitar. I have always loved to sing and I know your voice is an instrument but I have to say that the guitar just always had a lure for me. It's hard to picture what I would have done if I started with something else.

I was heavily into Classic Rock when I was younger. Brought up on AC/DC, Aerosmith and Bon Jovi for sure. But around the age of 13 I first discovered Country music which definitely put me on a bit of a different path compared to when I was a kid.

It has to be What I Go To School For by Busted. This was back when I was no older than 6 or 7 and I remember being a massive Busted fan, it just seemed so cool to me a that age and they've always been a guilty pleasure of mine.

Purple Rain. It is an absolute masterpiece. The way its structured, how it flows and just that epic guitar solo. Not to mention Prince's mind blowing vocals. It's just perfect.

I tend to start with the chorus of a song. Something that hooks in the listener and makes it a song you know you want to hear again. After that I'll put the guitar to it and try to figure out a way to make it flow with both the lyrics and the guitar. Finally ill move onto the verses and really try and flesh those out with lyrics that mean more than the first listen, making you want to hear it again. It's a very simplified description as I've left out all of the late nights and rewrites...

At the moment I'm quite into Morgan Wallen. I've also discovered Bare Naked Ladies as of redent who are on repeat in a lot of my playlists currently however my current favourite artist that I've only recently discovered on a trip over to Nashville is Patrick Droney, Great voice, stunning lyrics and what a vibe!

Theres loads, Darius Rucker, Kenny Chesney, Ed Sheeran, Queen... The list goes on, but if I had to choose one, I'd have to say Scotty McCreery.

Having people hear my music and sing my own songs back to me, thats one of the best things Ive ever experienced. It's one of those things you think about as a little kid hoping that one day you'll get people singing your songs and to hear a crowd sing it back to you at full blast, its one of the best feelings in the world and makes you want to do it your whole life. That and the fact that hopefully somewhere at some point my music can help someone with whatever they're going through, that's the sole reason for keeping to it. If I can help even one person then its all worth it.

The amount of preparation and admin that goes into performing live! As a solo musician its extremely hard to get full support and it's so hard to get people to come to shows, buy your material, support you. It's not easy at all and I've had plenty of times where I've had to question if it's worth doing but I've found there's no other thing I'd really rather be doing.

One of the best bits of advice ive ever received is a two parter. Part one is stick at it. You never know who's going to see you, be at your shows, hear you or anything like that. Remember, tomorrow is a new day, who knows what it will bring! Part two is simple, it's what you love, so love doing it. This one helped massively, too often I was playing gigs, worrying about what I play, how I play it, if it goes wrong, where to sell merch, who will look after my stuff etc etc etc..... The list goes on! But you get my point! When its your turn to perform, go out and do just that and don't let your mind go too far astray or before you know it your performance you've been preparing a week for is gone! So Enjoy it!

Ben Hutcheson's new single 'Need You Tonight' is available to stream now. Check it out in the player below.

8 hours 40 min ago With their highly-anticipated new album landing early next year, Circa Waves have now dropped the

11 hours 46 min ago After breaking through with their brilliant debut single 'Old Mate Bill' earlier this year, emerg