Her new single 'help' is out now 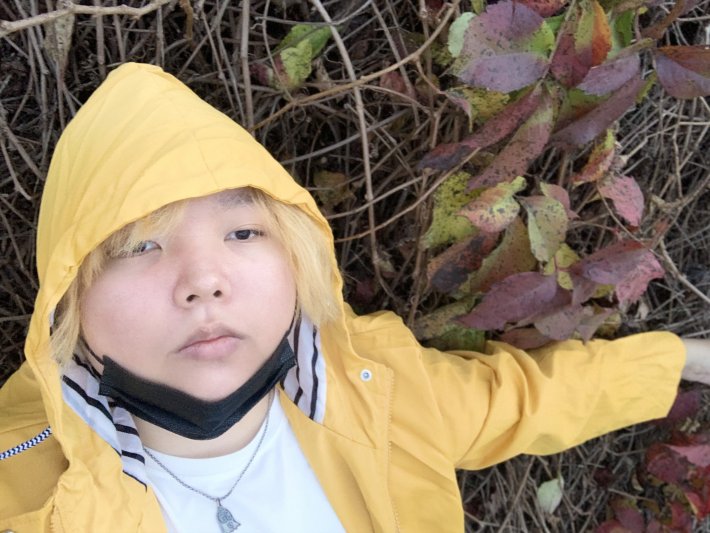 Following on from a string of fresh and vibrant offerings these last few months, Dallas-based singer and songwriter boywithahalo has now returned to deliver their captivating new single 'help'.

Channelling a warm and sweeping aesthetic from start to finish, 'help' makes for a wonderfully enticing listen. Filled with subtle grooves, light production, and their own ethereal voice measured throughout, this new release is just what we need to unwind to after a hard day.

So with the new single available now, we sat down with them to find out more about their background and what has inspired them over the years.

As far as traditional instruments go, I fell in love with the guitar during my quarantine stay in China during 2020. I had nothing to do as I was stuck there, so I decided to order a $15 practice guitar off Taobao and just went to make music with it. No real prior knowledge or aspirations, it just kind of happened naturally and I let that take me to where I am now!

My musical timeline is kind of weird though, since technically I fell in love with the “computer” before anything else. Back when I could not afford instruments or had a place to make use of them, I ended up picking up some free DAWs off the internet (recall those early 2010 software) and just blindly churned out lots of musical pieces with no music theory knowledge. That was definitely my true first love! Cannot say I’m in love with the resulting music though, kind of unlistenable if I’m being honest! But I guess in a way it was the purest of “outsider music.”

My music is inspired by my own experiences and emotions! I try to channel that energy into songs whether it is for catharsis or just experimenting. I enjoy the thrill of making something I never had before, which is kind of how I stumbled my way from hip-hop to EDM to trap beats to currently indie type songs.

I also enjoy making sad songs that can be consumed and replayed like happy songs. It’s an attention-grabbing juxtaposition, and I also believe accessibility is important when your goal is to reach others and have your message or emotions resonate further than ear candy. The kind of music that hits home a certain relatability, that’s what creates the strongest bond between the musician and the listener.

It’s funny because as a teenager I mostly listened to hip-hop! I was big into the underground scene specifically and was even involved musically to some degree. I had lots of “clout” or whatever the 2010 equivalent is for “lyricism” and used to even do text rap battles. Oh god. I will do my best to ensure the world will never know about that side of me because it’s pretty cringe looking back, but I’m sure because it’s on the internet some poor soul will likely stumble upon it again.

I couldn’t say a song in particular, but I definitely know that Jay Chou sparked the interest in my childhood. The kind of forward-thinking genre bending musical approach, all the while maintaining a recognizable identity and flare, as well as carrying cultural tradition. It’s like experiencing a whole new plane of existence, and it lingers on a kid like me growing up in China where everyone sang slow karaoke songs about love and sadness. The “multi-genre traditional” concept is still something I carry when approaching music creation in the abstract as I make many genres just separately at the moment, and I’m sticking to a certain brand for boywithahalo.

It depends! When I want to feel trance-like, I put on some dream-pop or shoegaze, like a Slowdive record, and drift into the lingering dreamy feelings I had before waking up. When I want to feel sentimental, some eastern pop or rock songs help me attune spiritually. Japanese songs specifically carry a lot of those essential vibes! Lofi beats are a cool option if you need to concentrate more on something else and just need background music.

How many released songs? I think it’s literally just one, “focused on u” specifically! The rest are all about my own experiences and thoughts. I’m kind of a loner and don’t really have a lot of people I frequently interact with, so the ratio of songs about other people reflects that a bit! I do have unreleased songs that have to do with missing people, etc. but no telling how and when they would be released! I can only say stay tuned.

I just recently got featured on Rolling Stone magazine’s Twitch stream! Big thanks and shoutout to the team, all such wonderful and lovely people and I wish I could express my gratitude in person some day when the pandemic settles! Also got a feature recently on KXT radio, shouts to them for being so nice and supportive! I also got accepted by AWAL for distribution back in April, needless to say that was the happiest day of my life! I’m really looking forward to growing with them and seeing where our future leads.

I’m really into fashion right now! I’ve been slowly building up my own brand called JKLMNO or LMNO for short, and am currently waiting for the best time to get the ball rolling. I’ve also been in talks with many in the field for a long time! Bliss Foster is someone I’ve met recently that does fashion reviews, and their content is magnificently deep and insightful especially for up-and-coming designers like me who would not otherwise have access to such materials. I also have a small group of graphic designer peers who help me stay motivated and daydreaming about art concepts when I need a creative outlet other than music. I’ve also been streaming pretty frequently recently, mostly modded Among Us but I am planning to branch out soon as I’m able to find a convenient and active go-to friend group!

I honestly don’t know the answer to this, as I was on my way to a nursing degree, but I was so burned out that I genuinely think I’d have given up at some point anyway. I’m in the graphic design sector now, but it’s not what I wanted either. Fashion industry? All the horror stories just make me not want to dive in right now, though I do have a few approaches I’d like to try! The most likely scenario if I wasn’t doing this would be that I’d have returned home to China to start over again as I wouldn’t be able to make a living here. I may not even be here at all. Sorry for the bleak answer but it comes from honesty!

It can get pretty competitive, and because everyone here thrives off their dreams and ambitions you should go into it with yours and not let it be tainted by outside forces like profitability, I would treat it more so as a sustainability factor rather than a goal, or you may go down that path then find yourself not enjoying it as much as you’d like. Also find a way to stand out and be unique. Be able to attract and keep an audience, and work on all aspects of personal presentation, not just as an artist, but as a human being. Be kind, be open, trusting but sceptic. Stay towards your goals, don’t compare yourself too much to others, especially ones you look up to!

boywithahalo's new single 'help' is available to stream now. Check it out in the player below.

1 hour 34 min ago Having made her mark as the drummer for Metronomy over the last decade, Anna Prior is now looking