Getting To Know... Camphor

Getting To Know... Camphor 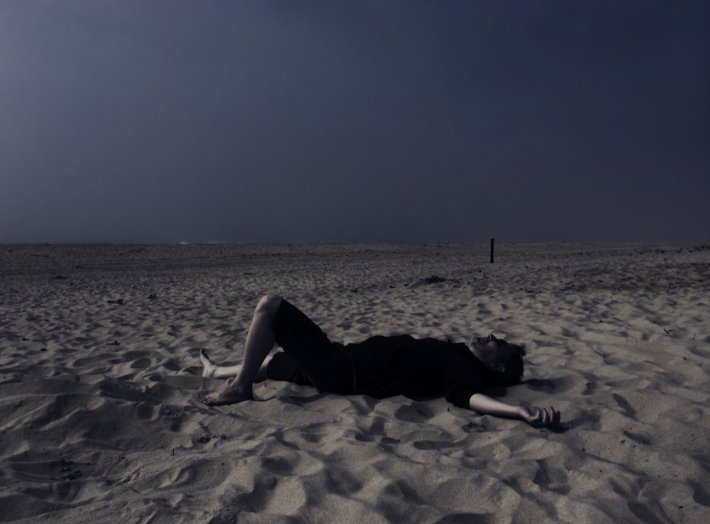 Having spent the last few years building up his reputation for bold and captivating lo-fi works, singer, songwriter, producer and film composer Max Avery Lichtenstein aka Camphor has now returned to unveil his latest full-length 'Here Where The Light Falls'.

His background in film scores has clearly had an influence on his solo material as 'Here Where The Light Falls' makes for a wonderfully rich and textured offering from the artist. Filled with glittering soundscapes, breezy aesthetics, and his own haunting vocals at the helm, this new record is a bright yet sweeping collection that cements him as a true talent on the new music scene.

So with the album available now, we sat down with him to find out more about his background and what has inspired him most over the years.

I was always more excited about playing with recording technology than any one specific instrument. As a kid growing up in NYC, my prized possession was a battery-powered Tascam 4-track cassette machine that I’d lug around in a courier bag. I’d use a cheap Radio Shack microphone to attempt to capture all the interesting sounds and rhythms of the city. Back at home I’d try layering those tones and textures with my rudimentary keyboard and guitar playing. It rarely ever coalesced into something that worked, but it was a great learning experience.

The strongest inspiration behind my writing and production choices is emotion. When I hear a recording where I can really feel the emotion from the artist it always catches my attention. As a film composer, my job is to subtly support the emotion of a scene. In my songwriting I get to express the emotional component much more directly, which I love. Nevertheless, it’s taken me a long time to finally be comfortable putting that kind of personal emotional content into my work.

As a teen I listened to a mix of artists, some more energetic (like Fugazi, Fishbone, Nine Inch Nails, and Jane’s Addiction) and some more melodic (like Elvis Costello and Crowded House). I also loved “classic” artists like Simon & Garfunkel, Cat Stevens, Pink Floyd, and early Grateful Dead.

I can’t remember the songs that made me want to pursue music, but I can remember the first song I ever tried to cover: Peter Gabriel’s “Here Comes the Flood”. There was something both delicate and dramatic about it, a sort of “philosophy rock” that seemed really interesting, so I wanted to try to give it my own spin.

In the mornings I almost always prefer mid-20th-century jazz, baroque classical, or compositional ambient music. Instrumental music works best for me at that stage of the day.

I think all the songs I’ve written have elements that were pulled from other people in my life. In my early work I’d also take inspiration from book characters or more abstract personality types. My latest collection of songs, however, is very personal, so it’s all based on me directly.

One of the most vivid was several years ago, when a film I scored called The King was premiering at the Cannes film festival. Before the screening I was with the rest of the cast and crew at a little reception a few blocks away from the theatre. Just as we started to walk the 5 or 6 blocks to the blue carpet, loudspeakers throughout the town started loudly playing one of my cues from the score! Nobody had told me this was a Cannes tradition, so it was utterly extraordinary to be walking down streets that were literally filled with people bathing in the sound of something I had created!

I’ve always had an interest in film making and a love of visual storytelling, so I look for opportunities to express myself through visual work whenever possible. Over the past several years I’ve taught myself how to use the video game engine Unity to produce both animated music videos and still artwork. It’s almost magical… you’re limited only by imagination and the time you’re willing to put into figuring out how to make the technology do what you need.

I think I have a natural affinity for technology, which certainly plays a big role in how I make music. If music wasn’t my focus I can imagine a world where I applied my computer skills and analytical tendencies towards a career in software design or interactive game development.

Best advice I ever got: don’t be precious about your ideas. Music is such a collaborative and communal form of expression, where we’re trying to connect with others in a visceral way. It’s hard to do well, but it becomes a little easier by keeping an open mind about the things we create and how others might actually be experiencing them. Absorbing feedback from people, whether that’s a director commenting about a film cue you’ve written or a bandmate suggesting a new way of approaching a section of a song, can really help you better understand how your ideas are being interpreted by others. Ultimately, it’s that shared understanding that makes things click between the artist and the audience.

Camphor's new album 'Here Where The Light Falls' is available to stream and download now. Have a listen to it in the player below.

Camphor · Here Where the Light Falls

5 hours 26 min ago With his highly-anticipated new album just a month away, Leon Bridges has now unveiled the next c

5 hours 20 min ago Despite arriving seemingly out of nowhere earlier this week, plenty of tastemakers are already pr