Getting To Know... Chuck Enzo

Getting To Know... Chuck Enzo

His new album 'Motherbox' is out now 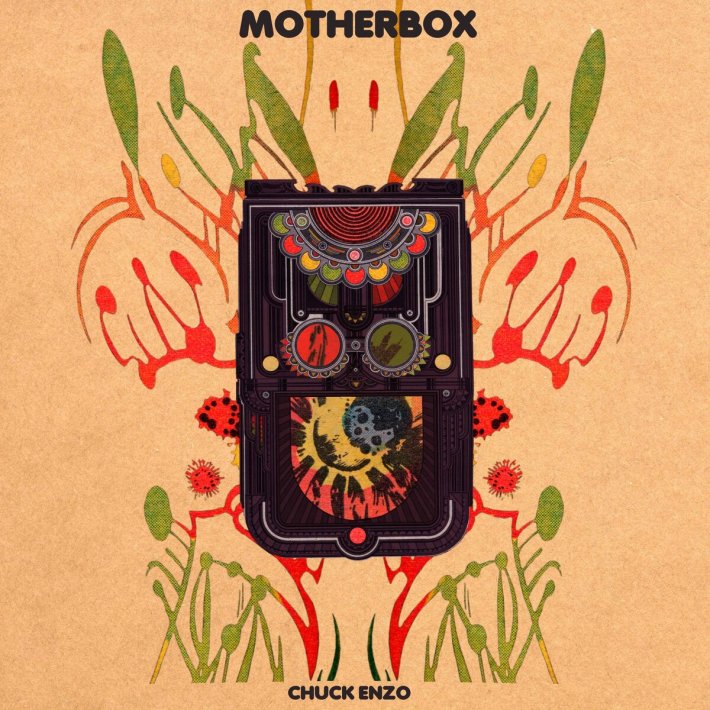 After breaking through with a bold and adventurous array of jams earlier this year, emerging artist Chuck Enzo recently returned to deliver his impactful new album 'Motherbox'.

Channelling a bold and nostalgic approach to the hip-hop sound, 'Motherbox' makes for a brilliant fresh and inviting listen. Filled with warm and diverse aesthetics, a pulsing atmosphere, and killer flows running throughout, this new collection establishes him as a progressive light on the new music scene right now.

So with the new album available to stream now, we sat down with him to find out more about his background and what has inspired him most over the years.

Mate, I thought this was an interview about music?? All hilarious jokes aside…..id have to say the sp1200. That gritty/grainy sound still gives me goose bumps to this day.

When I was super young, my mum used to play jazz around the house. People like David Brubeck and Miles Davis. My step brothers and sisters liked a lot of 80s funk. When I got to around 10 years old I heard 3 ft. high and rising and from that point on it was a wrap!! From then on I was a straight up hip-hop disciple! I absorbed everything I possibly could about it. I used to listen to dj’s like 279 and Max and Dave religiously on the radio, bought every hip-hop magazine, went to every show I could…which is what made me the specimen I am today. Everything from native tongues to ultra magnetic mcs and beyond.

First album I owned was a tribe called quests first album which for those that don’t know was called peoples instinctive travels on the path of rhythm. It’s also my favourite album of theirs. Something about that album felt very homely and warm. It felt like an actual companion. And artistically quite pure and unique…. especially compare to their subsequent albums that were classics but obviously affected by the times.

Bruh… That’s an extreme question! There’s too many. hip-hop vs rap (krs one), higher level (krs one), anything by scaramanga shallah, good morning sunshine (quasimoto), rhinestone cowboy (MF DOOM), Hot music (pal joey), wannabe (spice girls), deep (east 17) the list goes on. I’m a fan of music before anything else so consequently there are lots of things I admire.

Tbh I mostly listen to 90s hip-hop but aside from that i've found myself listening to a lot of pal joey, al Dobson jr, westside gunn, your old droog, deema… people like that…but it can also veer towards people like quakers, micachu and the shapes.

I dunno man, maybe someone like cypress hill! Or if the beastie boys were still active. Those would be a dream come true. Two groups that have had a massive influence on my life.

For me there's a few things. When you work hard on something and finally see the whole thing completed and on a piece of wax or cd or anything else is highly rewarding because that’s a thing that started as an idea and was brought from the dream realm into the physical plane! Another thing is seeing a positive reaction from people. Music is so subjective, any amount of elements can determine whether someone likes something or not. So baring in mind how precarious it all is, it's good to know that the thing you’ve created resonates in some way. And lastly the millions of pounds sterling and Hollywood movie contracts you receive make it all worthwhile.

Delays. Delays are the bane of any independent musician’s existence. Delays can derail your whole flex and drive you insane in the process. You depend on momentum so much that anything that stops that momentum becomes a big deal At the same time, sometimes these things can’t be helped.

The importance of practice. Practice can arguably be looked on as the most important thing. If you aren’t actively practising and sharpening the sword then how do you expect to get better or be able to express yourself more effectively?? PRACTICE. Also keep an eye on the various streams of income you can tap into as a musician. There are plenty and you'd do well to open yourself up to and prepare yourself to be able to participate.

Chuck Enzo's new album 'Motherbox' is available to stream now. Check it out in the player below.