Getting To Know... Dan Purcell

Getting To Know... Dan Purcell

His new single 'Waiting On You' is out now 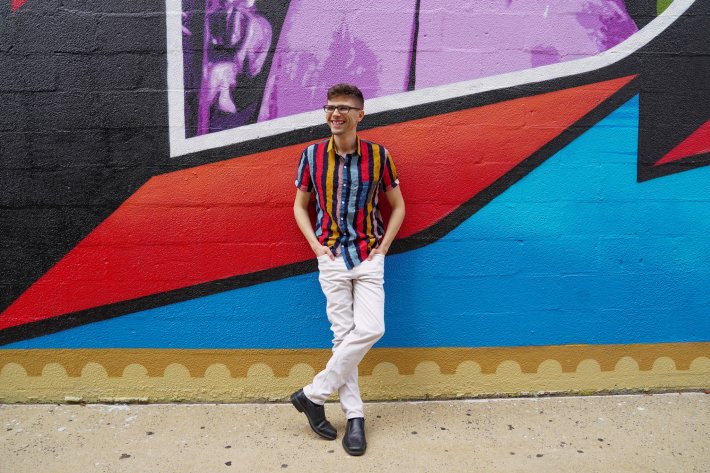 After cementing himself with a batch of fresh and vibrant releases over the last few years, New Jersey-based singer and songwriter Dan Purcell has now returned with his stunning new single 'Waiting On You'.

Offering up a warm and tranquil approach to production from start to finish, 'Waiting On You' makes for a wonderfully buoyant listen. Channelling a smooth and uplifting aesthetic that matches his elegant vocal performance perfectly, this new one will sweep you off your feet and carry you away throughout.

So with the new single available to stream now, we sat down with him to find out more about his background and what has inspired him most over the years.

Does the voice count? I feel like the voice is such an underrated instrument, and not in the way you think! When I was a kid, an a cappella group from Boston named Ball in the House visited my elementary/primary school and taught the entire school how to beatbox during their performance. Ever since then it has become a compulsive habit for me. I didn’t start taking singing with my voice seriously until around high school!

I feel like I was really drawn to the Rock music that I heard in video games and TV shows. Bands like Crush 40 who did the music and scoring for the Sonic Adventure games, as well as the artists who did the work on the Pokémon soundtrack have a deep influence on my taste to this day!

In a similar vein to the previous answer, I remember getting the 2BA Master Soundtrack from the Pokémon show. I listened back to that album recently, and there is a TON of bops on there! The title track? Viridian City? What Kind of Pokémon Are You? CLASSICS.

Oh wow, that’s a tough one. I think 26 by Paramore is one of the more perfect songs I’ve ever heard. It encapsulates growing up and trying to hang on to your dreams in a really profound way. But the funny thing is I don’t know if I wished I wrote it myself! With my favourite songs, I feel like I wish I was able to bear witness to its creation in the studio or when that person was writing it. Being present for someone sharing the gift of a song for the first time is always a sight to behold.

Not in the actual writing process, but I think I always try to keep myself open and aware of the possibility of new music around me. Inspiration can be found anywhere, and you never know when you’re going to receive it, so being cognizant of that will allow you to welcome the idea of a song (or however much of that song reveals itself to you) whenever it happens. From there, the writing process becomes a synthesis of those snippets of inspiration I’ve collected and banked away in my Notes App and Voice Notes App on my phone.

I listen to way too much music, since like 2014-2015ish I’ve put together a monthly playlist of songs I listen to on repeat just to admire and appreciate. Recently though, I've been listening to a lot of music that my friends have been making! My friend Hansel’s band nightlife just released an awesome EP called fallback, and my friends Fatherdude, Rothstein, Adelaide James and Brasstracks dropped a couple of killer records on an EP called Dreamboat. I’ve been finding myself listening to a lot of the new Maggie Rogers album Surrender as well, she always crafts incredible music with great intention and care.

Jon Bellion or Lawrence, hands down. They're two of my favourite acts right now, and I’ve seen both live. The folks over at Beautiful Mind Records seem like great people who intend to explore the limits of their musical creativity both in the studio and live. They always seem to find incredible results from those explorations, so being a part of that someday would be a dream come true.

For me, it’s really being in the room with incredibly cool and kind people trying to capture a beautiful moment in time through the act of making music.

A lot of artists nowadays fall into the category of “Bedroom Pop” because they’re crafting their music in bedrooms and basements. But for most of my first album’s creation process, I brought my recording setup down into the dining room of my apartment to track and produce with roommates and friends. I’ve found that some of the best music is born from working in community with each other, and I hope to do that more as I move my career forward. In more ways than one, you could call the genre of this album “Dining Room Pop!”

I think it’s trying to figure out how to market what I make, in all honesty! I make music that might’ve succeeded 20, 30, or 40 years ago, but isn’t necessarily what’s tapping into the pulse of the average listener today. I have a great respect for the artists who manage to meet today’s listener where they’re at and can market themselves effectively, but I can’t deny that it’s been challenging to try and figure that out for myself. I understand that it takes time though, and I’m only just starting to figure out who “Dan Purcell, Public-Facing Artist™” is and what he means to people. I’m excited to answer more of those questions down the line!

I don’t think I ever received one phrase or snippet of advice directly from a teacher or mentor, but the best advice I’ve received came from an improvisational a cappella class I took as an elective in university.

A lot of that class was designed to remove the ego that can be present in improvisational composition, and that really allows you to let go and be in community with the people around you to partake in something greater than yourself. It’s a great life lesson, and I’ve really kept it in mind when it comes to writing songs. Let go and really let the music take you to where it needs to go, you’ll find some incredible art in the process!

Dan Purcell's new single 'Waiting On You' is available to stream now. Check it out in the player below.

1 hour 13 min ago After delighting us with a flurry of warm and enticing releases these last few months, James Vick

1 hour 30 min ago After establishing himself with a flurry of releases throughout last year, fast-rising artist Tot