Getting To Know... DD Allen

Getting To Know... DD Allen

His new single 'Paper Masks' is out now 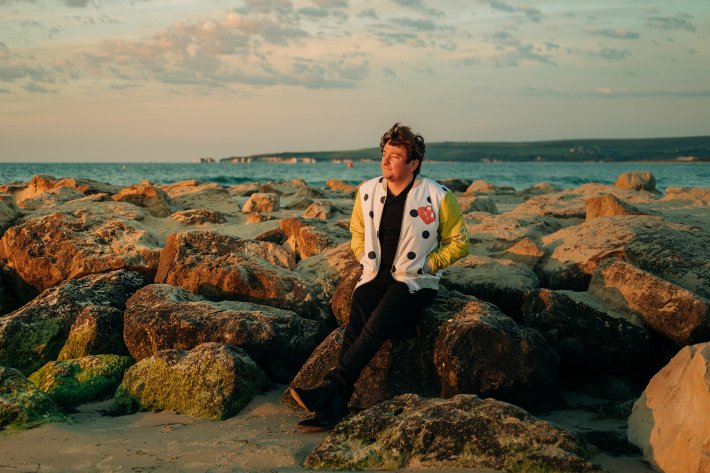 After spending the last year churning out a batch of fresh and exciting alt-rock offerings, Bournemouth's DD Allen makes his vibrant return with the soaring new single 'Paper Masks'.

Channelling the same sweeping aesthetic as acts like Sam Fender and The War On Drugs, 'Paper Masks' makes for an incredibly rich listen. Filled with shimmering tones, soaring hooks, and his own compelling voice at the helm, be sure to crank this one up as loud as you can.

My Gibson SG electric guitar. I listened to a lot of rock guitar in my teens like AC/DC and Alice Cooper. At the time, I saw myself as a rock guitarist. I didn’t start to write songs and sing until my early twenties. I play different guitars nowadays but the SG is my first love. It’s got a lot of sentimental value.

I got into Rory Gallagher in a big way early doors. Rory’s a blues-rock singer and guitarist. He’s not that well known now but he’s up there with the great guitarists. Rory played as a three-piece and made a massive sound. My taste evolved when I moved away from home for the first time to take up a new job. I couldn’t practice with an electric guitar in the flat so I bought an acoustic. A friend gave me Neil Young’s ‘Harvest Moon’ album and I started listening to lyrics more. This led me to Bob Dylan and everything changed. I’d already seen Dylan live when I was really young. I think about 12-years old. I was near the front with my dad when Dylan clocked me in the audience. He fixed those steel-blue eyes on me for about four songs. I didn’t really know what Dylan’s songs were all about at the time. But something must have stayed at the back of my mind. When I started writing I became fascinated with Dylan’s lyrics. He’s a master at making every line a story and every verse a song. The whole thing changed the way I listen to music.

I’ve never owned an album. I nicked all my dad’s CDs. Bruce Springsteen’s Burn To Run album is the first one I remember acquiring. I played that to death.

Oh, ‘Like a Rolling Stone’, hands-down. I think it’s the best song ever written. Nobody uses metaphor to create lyrical hooks like Bob Dylan. And every verse in that song is a story. Do you know that more than 100 artists covered Like a Rolling Stone, including Cher, Jimi Hendrix, John Mellencamp, The Rolling Stones, and Green Day? Most of the time when you read song lyrics they seem a little underwhelming. It comes together in the song because the melody makes sense of it all. But when you read the lyrics to a song you haven’t heard and think shit, this is incredible, you know it’s special songwriting. Like a Rolling Stone is one of those songs.

It’s all about being in the right headspace for me. I can’t write on demand but my mind is always on paying attention to everything going on around me. I get an idea pop into my head and it all flows pretty quickly. Sometimes I’ll write three or four songs in as many days, then go quiet for a couple of weeks. The local Weatherspoons is my ritual. If I’ve got ideas running around my head I hit the pub for a while to put things together. It’s something about having this place where my song exists and all the hustle and bustle of the pub going on around it. It’s difficult to explain but it works for me. And the beer’s cheap.

I listen to a lot of music and I’ve got a pretty broad taste. I’m always listening to Dylan. It’s partly the songcraft, and partly the guy’s persistent reinvention which is relentless. I got into a girl called Diane Birch recently. Her song ‘Love and War’ is amazing. Camera Obscura is also always on my playlists. The War On Drugs new single is really interesting. I’m looking forward to hearing the album when it comes out. I also listen to Sam Fender. I think Sam’s done an incredible job of using an 80s vibe to create the next generation indie sound. He’s a great songwriter as well.

Probably The Killers. You know it’ll be a massive show. Also The War On Drugs. I’d think we’d get on well with their audience. Our sound crosses over a few genres like theirs. Plus, I’d love to see The War On Drugs live. And there’s no better way to watch someone you look up to than after you’ve played a support slot.

Turning random thoughts and inspirations into something as tangible as a song is pretty special. You get a real sense of achievement. It’s also an amazing feeling when you connect live with an audience. The kind of energy you feel when an audience relates to your music is like nothing else in life. It’s just electric. The comradery with your bandmates is pretty incredible as well. You all live in different areas, don’t get the chance to hang out much socially, but when you get together in a studio or to play a show it’s like being part of a family.

Being independent is tough. It takes longer to get things done. I’ve written over 70 songs and I’m desperate to release more material. But I’ve got a good group of people around me who believe in what I do so we’re getting there.

Be the first you not the second somebody else.

DD Allen's new single 'Paper Masks' is available to stream now. Check it out in the player below.

11 hours 59 min ago With their eagerly-awaited new album landing in the coming months, Superorganism have now dropped

15 hours 4 min ago With a bold and blistering array of gems under his belt already, including the breakthrough anthe