Her new single 'Lie To Me' is out now 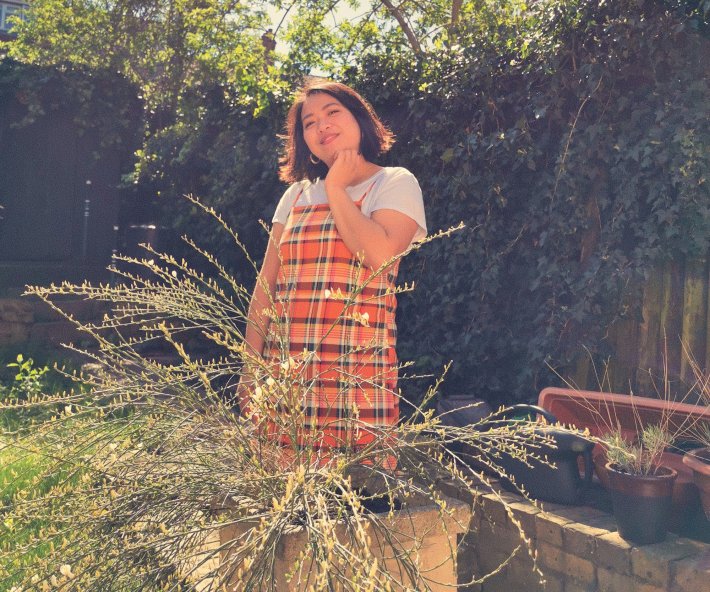 After delighting us with a array of sweet and sweeping releases over the last year, London-based singer and songwriter Dunebug is back at it once again as she delivers her latest effort 'Lie To Me'.

Channelling a smooth and enticing dream-pop aesthetic from start to finish, 'Lie To Me' makes for a wonderfully rich listen from the artist. Filled with warm textures, laid-back grooves, and her beautifully tranquil voice at the helm, it feels like she has created a strong and solid direction for herself.

It’s got to be the bass, the first instrument I truly wanted to play. As a kid I was a solid grade 5 on the recorder and a grade 4 violin though I didn’t really enjoy it, but I remember discovering Sonic Youth and wanting to be like Kim Gordon, so I bought a cheap second-hand bass off my friend (which I still have) and got lessons. Sadly I then stumbled across my step-dad’s guitar and he taught me how to finger-pick and that sort of led me down a different path, the bass was ultimately pushed aside to make way for singer-songwriting and I haven’t really gone back since. Still got a soft spot for it though!

I went through so many different music phases as I was growing up, rap and hip hop, metal, punk, emo, folk… But for the most of it I was into indie rock/indie pop, I remember my cousin introducing me to OK Computer and me absolutely falling in love, that was a pivotal music moment for me.

I’m not even going to pretend I was a cool kid, my first album was Westlife’s Coast to Coast album back in the year 2000 (some bangers on there). Unlike a lot of musicians, I didn’t grow up in a musically influential household, listening to Bowie and The Beatles on their dad’s record player. I had a boy who lived down the road from me who used to rip music off LimeWire and burn it onto a CD and bring me “mixtapes”, and honestly I don’t think he has any idea how much of an impact on my life he had with his little CDs, the ink of the blue marker pen smeared all over it. He introduced me to the likes of Elliott Smith, Of Montreal, Neutral Milk Hotel and Modest Mouse and opened up my eyes to alternative music. That, and Kerrang and MTV2. I don’t know where that boy is or what he’s doing now but he was an important part of my growth as a musician.

I just absolutely adore “Not” by Big Thief, it’s a powerful song, Adrienne Lenker is a beautiful songwriter, her lyrics have a delicate yet raw undercurrent, and this particular song is surging with emotions. Every time I hear it I get goosebumps.

It’s funny, it’s almost like I have a creative gauge that refills the longer the gap is in between each new song. Sometimes when I haven’t written a new song in a long time and I pick up a guitar, it’s almost like my fingers know what chord shapes to play and I immediately come up with a strong chord structure, which I then play over and over until I can find the right melody to go with it. Lyrics come after, depending on what emotions the chords and melody seem to evoke. If I try writing again soon after completing a song, when my gauge is empty and I’ve used up all my creative energy, I usually end up with nothing, and everything feels forced. As much as I’d love to be creative on demand, it’s something that comes to me when I feel emotionally ready.

I am loving JW Francis at this very moment in time, plus, he’s just such a wholesome person, great songwriter, sunshine vibes. Also stumbled across Spang Sisters at a free all dayer event and have not stopped listening to them since, I love when that happens. I’m also loving a bit of Crack Cloud, King Gizzard and the Lizard Wizard and Baxter Dury.

Men I Trust! I think my music could complement theirs quite nicely, a couple of people have said Dunebug has a similar vibe to them. I’ve taken a little bit of inspiration from Men I Trust in places, they’re one of my favourites.

When my music affects people in a deep and personal way, or when they can relate to the stuff I write. I’ve had someone come up to me at a party once and tell me that they felt like one of the songs I wrote was written for them. I’ve had messages from strangers telling me my music has helped them through their own heartbreaks or difficult times, and that in itself is more rewarding than anything. Each song is an intimate insight into who I am as a person, the experiences I go through, and I find a solidarity with my listeners when they relate to my experiences.

Promoting. It’s very time consuming and exhausting having to pitch yourself to blogs and playlist curators, doing whatever you can to give your music the best chance of being heard. This also applies to gigs, I sometimes feel like I’m being obnoxious constantly repeating myself about gigs and new singles. But you’ve got to do what you got to do to get your music out there.

Write for yourself, not for others. I went through a phase of trying to write what I think people wanted to hear, and eventually those songs would be the ones I ended up hating the most. I have a couple of songs like that in my set at the moment, my live band and the audience seem to love them, but I don’t feel like they’re as honest or represent me as much, and that’s really important to me. If I don’t connect with a song I’ve written, I feel my performance for them during gigs feels a bit stagnant.

Dunebug's new single 'Lie To Me' is available to stream now. Check out the new video for it in the player below.

2 hours 56 min ago Following on from the enormous praise for her 2019 self-titled debut album, SASAMI is back to ann