Getting To Know... Einsam

Getting To Know... Einsam

The producer's new single 'Pressing Matters' is out now 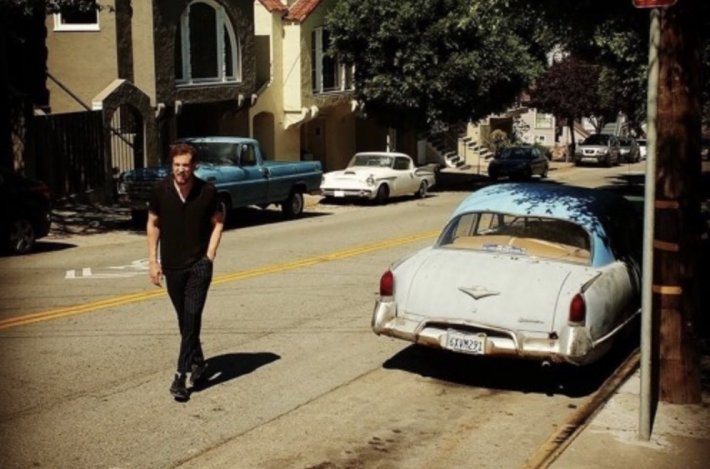 As an artist that has been inspired by the likes of Talk Talk, Massive Attack, Nina Simone, David Byrne, King Krule, Salute, and Arthur Russell, Bristol-based singer and producer Einsam is now looking to bring some of that diverse influence to his debut single 'Pressing Matters'.

Channeling a rich and dynamic atmosphere throughout, 'Pressing Matters' makes for a wonderfully bold and uplifting introduction to the artist. Filled with soaring aesthetics, winding production, and some brilliantly catchy hooks, this new delight showcases him as a more euphoric name emerging on the new music circuit.

So with the single out and about, we sat down with him to find out more about his origins and what has inspired him most over the years.

I started on drums when I was 9 or 10 and I played in a bunch of bands while I got a handle on what I wanted to write. My kit went in the shed right at the end of the garden and my mates and I would come home from school and wind up all the neighbours with noise and then get fish and chips. Rhythms are still often the thing I start with when writing a song.

This collection of songs I’ve put together more recently is all looking at connection to, and disconnection from, people, places and language. Looking at how we relate to each other; looking at the effects of place and language on that. It’s stuff I’ve been turning over for a while, but definitely became more pronounced after having moved alone to Vienna, so I suppose that might be the most prominent inspiration.

I had a whole mix of musical hand-me-downs from quite a big family, but into my teens I think I gravitated to stuff that was rhythmically interesting, involved some sort of storytelling and had a kind of intensity to it. The ones that standout for me are records like Speakerboxxx/The Love Below, Hail to the Thief, Nebraska, Original Pirate Material, Boxer, The Miseducation of Lauryn Hill, Silent Alarm, The Black Album, The Seldom Seen Kid…

Ah! Trying to articulate something. That’s about the size of it. Pressing Matters is all about the importance of touch and pressure. The inspiration for that was viewing the world from a point of isolation, and recognising the need to be challenged and changed. Was an appropriate one to put out now I think. Words are super interesting once you pick them apart and get into their roots. Also knowing how music is a unique vector for information; it gets under people’s skin in a different way. But yeah, trying to match a musical expression to a verbal one, words to sounds to senses (in any order) - the craft itself - that’s all an inspiration too.

Wand, BC Camplight, Artificial Pleasure, all of which I managed to see live and sweaty back when that was a thing. The last two both put out brilliant new records this year. Wilma Archer’s new album is pretty intriguing, loads of amazing ideas and guests. Baxter Dury’s new one is class too. This song Primavera by Páula, Povoa, Jerge keeps repeating on me and Modern Driveways by Luke Abbott. Vince Staples, salute, Jehnny Beth, Lucio Dalla a few more off the top of my head… I’ve made a playlist to help make sense of Pressing Matters so I’ll just link you that shall I.

Yeah a few for sure, but I’ve been trying to distil the core stuff from some of those relationships and interactions, so I’d say most songs took a few people and many interactions to make.

Well I don’t know how funny it is but I was fretting about how I’d do this stuff live and then a pandemic happened.

Mick Hucknell. Or! If we can allow people that have passed away to still be in the world, then I’d love to open up for Harry Nilsson. He hated performing live, but would be nice to hang out before. Or Nina Simone, because why not - guaranteed front row for maybe the greatest performer there ever was. I don’t mean like stage tricks performing, but proper engrossing through her voice and playing.

I still dream of being a footballer.

I got a lot of platitudes about doing your own thing, and also worthwhile stuff about making sure you match any pinch of talent you have with heaps of graft, but the best advice in general which has taken on some spiritual, mantric poignancy for me is “just keep your head down and concentrate on your football”.

Einsam's debut single 'Pressing Matters' is available to stream and download now. Have a listen to it in the player below.

3 hours 5 min ago Following on from the release of their much-loved 2018 LP 'Resistance Is Futile', Manic Street Pr