Getting To Know... The Famous Daxx

Getting To Know... The Famous Daxx

Her new single 'Gamble' is out now 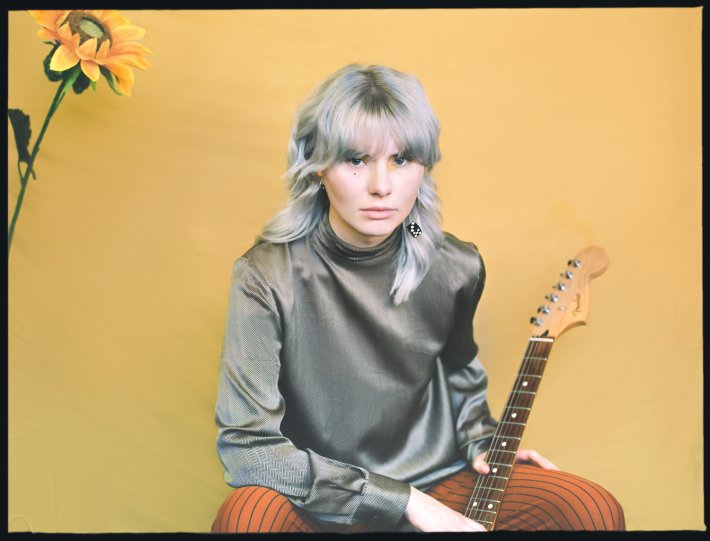 After introducing herself to the world with her vibrant debut single 'Weatherman' in recent months, London-based artist The Famous Daxx has now returned to deliver her much-hyped sophomore offering 'Gamble'.

Channelling a warm and seductive direction from start to finish, 'Gamble' sees her deliver a wonderfully smooth and atmospheric return. Jam-packed with soaring vibes, sweeping textures, and her own sublime voice at the helm, it feels like we are going to be hearing a lot more from her in the months ahead.

I think it was never really a specific instrument, I was just really into music as a whole. I learned a lot of different instruments as a child and teenager and nothing really caught my attention for long, it was only when I figured out how to combine instruments and play with others that I really started to enjoy making music. I think starting to learn guitar as a teenager to sing along to was the first time I felt like I was making and creating music, rather than just playing along to something.

I was quite influenced by my dad, and I remember in primary school in Germany a lot of kids really thought my music taste was super weird. They listened to German pop stars, and I loved the Beatles, but no one else knew them. When I was a teenager, I started watching all those teenage dramas with great soundtracks, especially Gossip Girl and Skins and stuff like that influenced me a lot more than I’d like to admit. I always tried to figure out why my music taste wasn’t the same as my peers’, because they all listened to the same stuff, and I did even googling things like “music that is in” to figure out how everyone knew what was cool. I thought there must be a secret list, I still don’t know how it worked.

The first album I owned was some Beatles album that my dad recorded on cassette for me so I could listen to it on my children’s cassette player. Then I soon started downloading music from Youtube. I think there was only a short period of a few years in which I actually bought CDs. I had a lot of stuff, like Abba, Whitney Houston, Green Day, Pink, my music taste was super random, I could get into a lot of things.

I think that does change quite regularly. A song I absolutely love at the moment is I Fall Apart by Rory Ghallager, the guitar parts are incredibly beautiful. But then I think I also wish I had written most Wolf Alice songs, I just love everything they do.

I mostly just go through some very strong feelings and then when I start to process them I start putting them into words, start writing little fragments of lyrics, and some parts for songs that never lead anywhere. Writing music for me is like therapy, it takes some time until I have processed everything and can finally get it out in that one song. Depending on what I’m going through, that can be a long process or happen within two days, but it is always very cathartic. I then play that song on repeat for a few days and then put it aside until I want to record it or play it live.

I am obsessed with the Bee Gees. It’s kinda embarrassing how much, but what can I do? Billie Eilish’s new album is great, I really enjoyed that. Also I only recently discovered Rina Sawayama and I am obsessed, she is such a talented artist and I hope she gets very far. In general I really try to stay up to date with new female artists because that is who I am rooting for and I am enjoying their talent and art so much.

Other people liking it. I think there is so much time spent alone on writing and practicing and recording, and you think it's great, but you don’t know for sure, and then when you show it to others and they love it, that just makes me feel like it is worth it and I am doing something valuable.

Getting people to listen to it. You work so hard on music, but then you just don’t have the budget or the connections to get it in front of people, and there are so many musicians out there and no one cares. But I am trying to ignore that at the moment and just believe that as long as I make music I truly think is the best I can do, people will eventually see and hear that and love it just as much as I do.

To take it easy I think. I stress quickly and don’t have any patience, so if things don’t happen quickly and the way I want to I can get very pessimistic. But my friends keep telling me, you don’t have to give in to this pressure of achieving everything within a year, take your time, get better at what you do and things will work out somehow.

The Famous Daxx's new single 'Gamble' is available to stream now. Check it out in the player below.

7 hours 32 min ago With his highly-anticipated new album dropping early next year, Miles Kane has now unveiled the n

7 hours 25 min ago Just when you think the indie-rock scene has reached peak saturation, an artist comes along and f