Getting To Know... Fox Evades

Getting To Know... Fox Evades

Her new single 'Strange Forever' is out now 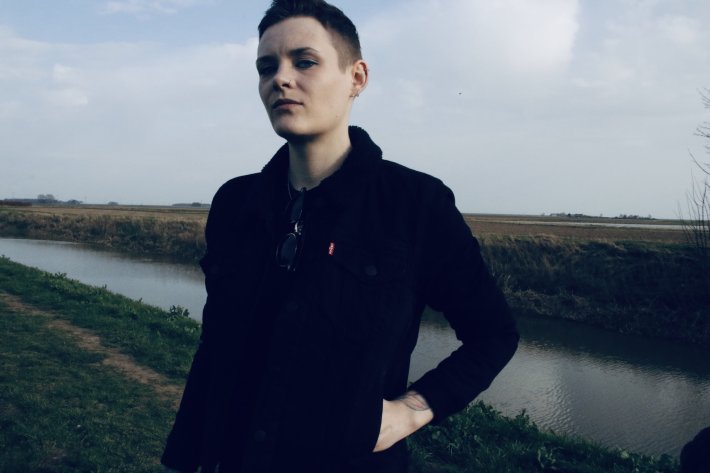 Following on from a bold and enticing array of offerings over the last few years, emerging singer and songwriter Jordan Mae aka Fox Evades has now returned to share her shimmering new single 'Strange Forever'.

As the final single to be lifted from her forthcoming debut EP 'Nothing But Our Dreams', 'Strange Forever' makes for a wonderfully rich and vibrant listen. Paying homage to the likes of Robert Smith and Morrissey with her post-punk-inspired leanings, this new delight adds a broad and effervescent texture to her impressive catalogue to date.

It’s always been about guitars for me. I was about 7 years old when my parents took me to an antiques and collectibles centre and I saw a dusty little acoustic guitar just begging for some love and attention. I’m so thankful that they bought it for me because it was the start of everything. My first electric guitar was a cheap Les Paul copy from Cash Generator which I managed to get signed by my ultimate hero Johnny Marr at a talk he did at Salford University. He said ‘there you go, it might actually be worth £50 now’ haha.

Apparently, I went to a Morrissey gig whilst still in the womb so I was brainwashed with amazing music from a very early age. I first went to see him (out of the womb) at Blackpool Empress Ballroom. My mum tried to get me on her shoulders as I was very young and we both fell over! I grew up listening to music my parents liked such as The Smiths, Placebo, The Cure, Blondie which I’m forever thankful for.

As much as I’d love to say otherwise… embarrassingly, I think my first cassette was Bewitched. I was also obsessed with Kylie Minogue when I was small. I think I secretly fancied her without realising. Then my heart was broken when Busted broke up. My mum took me to see them bless her heart.

Any song by The Smiths really. Most of which are just absolute perfection, both lyrically and musically.

I always tend to write the music first and base the lyrics around the feeling the music in the song gives me. It almost always starts with the guitars. Sometimes it’s bass and sometimes I come up with chords on the keyboard but I think, generally my music revolves around the guitars. It’s the part I love the most which is why it’s normally at the forefront of my songs. Over recent years, we’ve kind of witnessed a death in guitars in music which I think is really sad.

The Cure or girl in red.

To be honest the most rewarding part for me is the whole songwriting process. Many would think that it’s when the songs are finally finished but this is more of a moment of relief than anything as sometimes it can take a while to break through with certain songs. It’s so rewarding when you finally come up with that riff or that lyric that makes you go ‘YES THAT IS IT’.

I mix my own music which is where all the fiddliness comes in such as applying EQ and compression and levelling all your tracks out. This can be so time consuming and most of the time, listeners don’t even notice these subtle tweaks. Most bands and musicians outsource this and pay for professionals to do this for them but I’m a little bit of a control freak with too much pride. I want to be able to say that the entire song was written, recorded and produced by myself. It’s a really strange industry nowadays where it isn’t just about the music. You have to be a marketer, model, promotor, publisher and distributor and it can be pretty overwhelming when trying to do absolutely everything yourself.

Keep going. Nothing worth doing is ever easy.

Fox Evades' new single 'Strange Forever' is available to stream now. Check it out in the player below.

6 hours 22 min ago With their highly-anticipated debut album arriving next month, MELTS have now dropped the next cu

4 days 6 hours ago After breaking through with her incredible cut 'miss u' last month, which found support on Wonder