Getting To Know... Gully

Getting To Know... Gully

His new single 'See The Sun' is out now 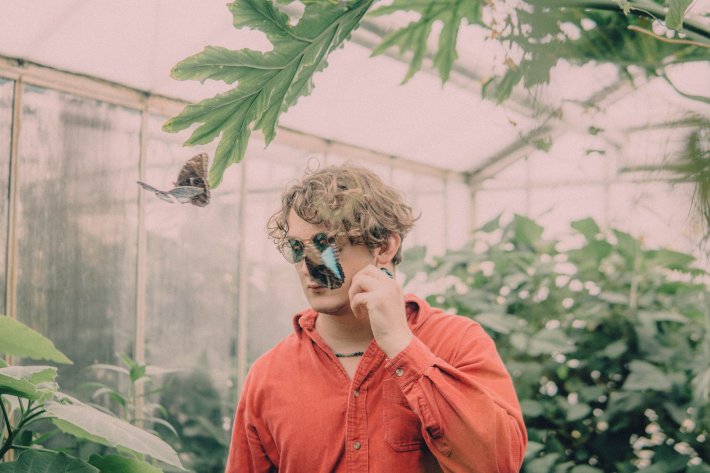 Following on from a broad and diverse array of offerings over the last few months, Bristol-based artist Gully is back in his prime as he drops the exciting new single 'See The Sun'.

Mixing a fresh and energetic blend of funk and soul-inspired grooves from start to finish, 'See The Sun' makes for a wonderfully bright and uplifting listen. Filled with powerful hooks, a soaring atmosphere, and his own distinctive vocal style at the helm, you will be tapping your toes to this one in no time.

So with the new single available now, we sat down with him to find out more about his background and what has been inspiring him lately.

Musically, however, I’ve always loved how expressive an electric guitar can be. I think it’s the next closest thing to a voice vis-a-vis being demonstrative of an emotion or story.

So, I’m from a seaside city in the southeast of England called Portsmouth and as we all know, where there are sailors, there are pubs so my affinity with performing music began as a pianist in such establishments. I would take a variety of requests but there were some mainstays in Frank Sinatra, Nina Simone, Amy Winehouse, Louis Armstrong - essentially soulful anthems and ballads of yesteryear. Due to playing them so often, they left a big imprint on my music taste growing up. Shout outs Pompey.

This might prove not to be the first but I know when I was about 14, one of my buddies Jack bought me a CD of The Red Hot Chilli Peppers ‘By the Way’. Now I rack my brains though, there were certainly some Barney the Dinosaur mixtapes that preceded it. Apples and banaynays - powerful stuff.

Good question. Happy Birthday is the first song that comes to mind. Generally, I always harbour a modicum of envy for Paul Simon’s “Still Crazy After All These Years” though. To me, it’s the perfect song, achieving both a high quality of storytelling and sonic succulence in equal parts. I generally try to be content with my lot and not get jealous though. Green washes me out and a lot of the songs I adulate, I probably couldn’t sing anyway!

Not really. Although I certainly try not to dissect the process too much lest the magic trick be revealed. Not to call what I do magic… that said; if you did, totally valid. Your words, not mine. I suppose I write a lot of rhymes and pseudo-poems down on the Notes app of my phone, waiting patiently to get conscripted for lyrical duties. Also - LOTS of coffee. There’s a frantic, euphoric sweet spot I can find somewhere between 3 and 4 cups where, even if psychosomatically, I feel more catalysed for creativity.

Right now - I’m repping a lot of homegrown UK stuff. Kojey Radical and Nilufer Yanya have both just dropped sublime albums. VC Pines is also doing wonderful things. Labrinth has done such an incredible job captaining the music of HBO’s TV series ‘Euphoria’ as well. Not a single skippable composition of his throughout the soundtrack, in my opinion. What a man.

The Pope. Good luck following that one, Greggy.

Honestly, the feeling that people are however temporarily helped or healed or heartened by the stories I’m telling. I’m not under any pretence that I’ll change the world or accrue any sort of power or influence as a result of my songs. With that said, I’m wholly content to play the part of a minstrel in your court and if I can distract you from life’s hardships for 3 and a half minutes by way of a catchy hook or an evocative intro, that is ample enough reward.

Well, that I’m not the metaphorical minstrel in the majority of your courts, of course. Though I’m conscious of overly bemoaning the fact and I’m delighted to have the opportunities and reactions to my art that I do, it is a lament when you feel you’re falling on deaf ears - I’m sure you’ll agree. That said, I love what I do and without lows, highs would lose their meaning so… onward goes the rollercoaster.

Believe in yourself. It’s the place to start.

Gully's new single 'See The Sun' is available to stream now. Check it out in the player below.

9 hours 55 min ago With her eagerly-awaited new remix EP landing next month, Bess Atwell has now shared the next cut

12 hours 50 min ago After an astonishing run of form throughout his releases over the last decade, South African sing