Getting To Know... Hidden Pillars

Getting To Know... Hidden Pillars

Their new single 'Shattered' is out now 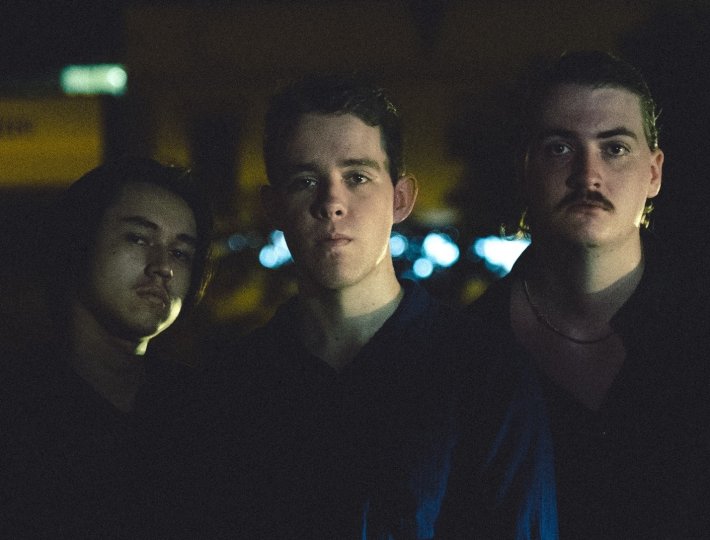 After a flurry of bold and impressive releases over the last few years, Australian outfit Hidden Pillars return once again with their euphoric new offering 'Shattered'.

Channelling more of that broad and anthemic indie-rock aesthetic they have cultivated for themselves, 'Shattered' makes for a wonderfully rich and vivid listen. Packed with soaring textures, shimmering atmosphere, and killer hooks throughout, they are certainly reaching for new heights with this one.

So with the new single available now, we sat down with them to find out more about their background and what has been inspiring them recently.

Jayden: I started playing drums when I was 9, and when I say ‘drums’ I mean a little rubber circle sitting on a music stand. It wasn’t until a few years later until I started learning how to wrangle a full drum kit, but it was definitely worth the slow grind to get there.

Matt: The guitar for sure, once I picked it up, I found myself being unable to put it down.

Jayden: My taste in music has definitely matured with age, as my younger self would just listen to whatever pop tracks were playing on the radio (praise the invention of streaming services). I was lucky enough to have my old man and his very extensive CD collection to guide me through the history of rock, indie, alternative and punk, which has played an enormous role in shaping my music taste today.

Matt: The first album I ever owned was ‘Misadventures by Pierce the Veil’ on CD. It still lives in my car! My favourite track has to be Phantom Power and Ludicrous Speed. There’s an acoustic version of the song that only lives on the CD and it was in every setlist before the band formed. Nothing but love for Pierce the Veil!

Jayden: ‘Amsterdam – Nothing but Thieves’ is such an energetic track, and it never fails to turn whatever activity I’m doing into a mini-concert, complete with headbanging and heaps of air-drums.

Matt: ‘Psy – Gangnam Style’. You cannot deny that that song had the entire world doing the little dance!

Jayden: We tend to blast through lots of tracks we want to recreate the feel of, depending on the style of song we’re writing. We’ll each have moments of inspiration when we remember a snippet of a song that we could build off, hoping it’ll fit into whatever hook or riff we’re trying to construct. Definitely a lot of repetition and trying to look at music from different angles to figure out what will work best.

Jayden: ‘Nothing but Thieves’ for sure. Their discography is a big focus of ours when we write music, and I find myself listening through all their albums on a regular basis.

Matt: I can guarantee that ‘Nothing but Thieves’ will always be in the top 5 of my Spotify wrapped, with ‘Billie Eilish’ and ‘Wolf Alice’ consistently entering my search bar.

Jayden: ‘Nothing but Thieves’ (big surprise there). They have such an awesome energy on stage, and their audience is always so energetic, supportive, and involved. We’ve modelled a lot of our songs and sound around them, so I imagine their crowd would connect with our music quite well.

Matt: It would be insane to open for ‘Ghost’, definitely a dream to kick off one of their shows.

Jayden: Being able to perform live in front of a room full of people who’re all jumping around and enjoying your music. Even better, when they come up to you afterwards or message you saying how much they enjoy pieces of work you’ve poured so much time and effort into. It really makes the long hours’ worth it.

Jayden: Having something not perform as well as you’d hoped is always a heartbreaker. Whether that’s a song you’ve spent hours and hours pouring your heart into, or playing a live show with suboptimal audience attendance, there’s always some things that will be disappointing. But that always makes those who do come to shows and actively support us that much more special, so there’s always upsides that outweigh the bad.

Jayden: Identifying your band’s unique sound, and creating music, merch, and general content to target a specific person or group of people will produce the greatest results. It’s impossible to appeal to everyone, but if you cater to the niche audience who you’re making music for, there’s a much greater chance of them taking in what you put out.

Hidden Pillars' new single 'Shattered' is available to stream now. Check it out in the player below.

5 hours 24 min ago With their eagerly-awaited new album now less than a month away, Foals have dropped the next cut

4 hours 28 min ago After delighting so many with a flurry of enchanting cuts over the last few months, including 'Pa