Getting To Know... Jay Cue

Getting To Know... Jay Cue

His new album 'Finish Strong' is out now 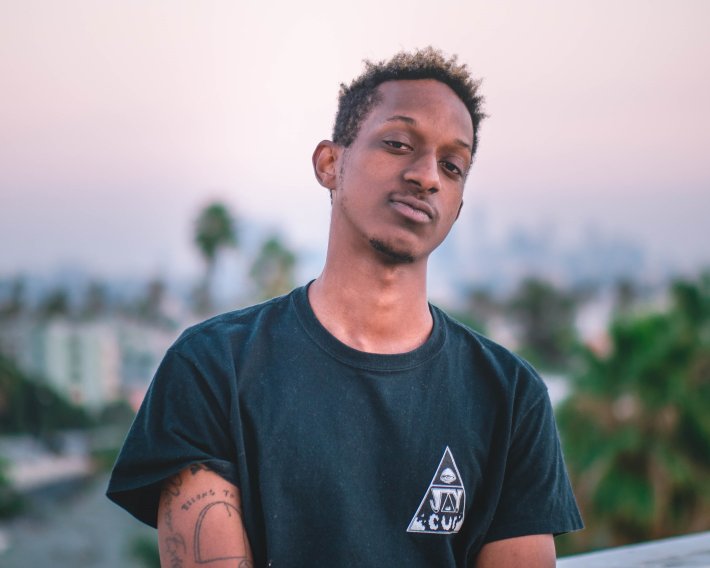 Following on from a string of highly-praised outings this past decade, LA-based rapper Jay Cue returns to the fold one again to deliver his hotly-tipped new studio album 'Finish Strong'.

Bringing back more of that smooth and driven hip-hop flair he is known for, 'Finish Strong' makes for a brilliantly rousing listen. With his bright yet enigmatic flow riding across a bed of dynamic production throughout, he is continuing to prove himself as one of the more inventive names on the scene right now.

So with the new LP available to stream now, we sat down with him to find out more about his origins and what has inspired him most over the years.

My first instrument was the trumpet. I grew up in a church where the trumpet would be blown at certain times of the ceremony, and I just gravitated towards it as I got older. I played trumpet in my middle school band class from 6th to 8th grade.

I loved so many kinds of music as a kid. Between my mother and father, I was exposed to jazz, R&B, funk, hip-hop (specifically Pops, my Mom’s not too much of a rap fan), psychedelic rock, grunge and a lot more.

I want to say it was Michael Jackson’s “Bad.” I’m pretty sure my Dad gave it to me when I got my first portable CD player.

I never really thought about that. I guess I’ll say “Frontin’” by Pharrell because everything about that song is perfect.

I let the production tell me which direction to go when it comes to writing. I’ll make a lot of beats, and over time I’ll start to pick which ones sound cohesive and sort of group them together. All of my projects start as instrumental projects first.

I’ve been bumpin’ Tony Shhnow – he’s a dope rapper from the same side of Atlanta I’m from, he’s been killin’ s**t lately. $ilkMoney’s new project is fire. I love the Flint/Beecher scene like Rio Da Yung Og, RMC Mike, YN Jay and all them. Curren$y is always in rotation, gotta throw him in there. Other than that just the weird indie stuff I like haha.

It would be sick to open for N*E*R*D as Tequila Mockingbird (a group I’m in with Tara Byars).

Probably seeing your vision come to life. Something you had as an idea became a real thing that other people can feel and that to me is the biggest reward.

Your own critique. I feel like as artists we beat ourselves up the most, and we can be our own toughest enemy.

Jay Cue's new album 'Finish Strong' is available to stream now. Check it out in the player below.

3 hours 40 min ago Following on from the release of their highly-praised 2020 debut LP 'Bedroom', bdrmm have now ann

2 hours 11 min ago After spending the last few years delivering a wealth of fresh and explosive anthems, Iowa-based