His new single 'The Last Memory Of Me' is out now 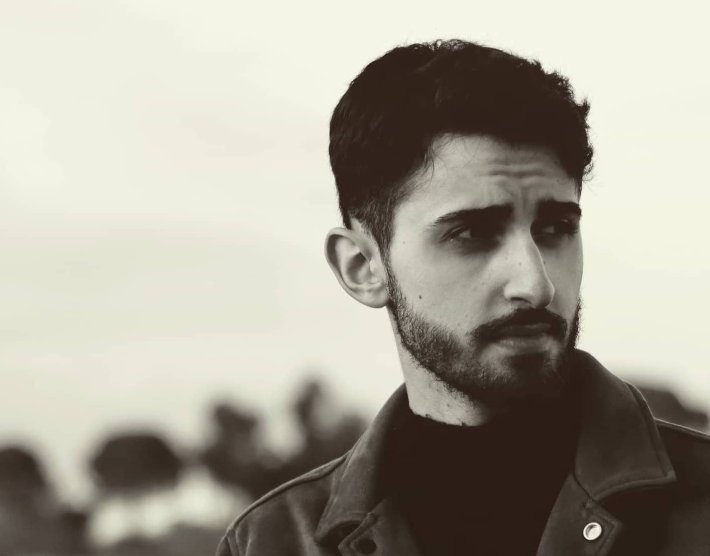 Having already cemented himself as one of the more visionary artists working today, thanks to a string of warm and progressive releases so far, Italian musician and composer Kisnou returns once again with his dreamy new single 'The Last Memory Of Me'.

Lifted from his forthcoming new EP 'The Untold Story Of The Rainmaker', which is set to be released in the near future, 'The Last Memory Of Me' makes for an extremely powerful listen. Conjuring more of that rich and atmospheric aesthetic he is known for, this new one will wash over you and leave you feeling renewed throughout.

So with the new single available to stream now, we sat down with him to find out more about his origins and what has inspired him most over the years.

The first instrument I fell in love with was the piano, even if I never played any instruments before the age of 18. I practised as a self-taught and most of my songs were made by ear, without any knowledge or music theory. After the piano, I started to get more interested in synths and digital software, however I always kept my setup pretty minimal, so now my only hardware synth is the Prophet X.

I used to listen to a lot of underground music coming from what I like to define the ‘golden age’ of Soundcloud. I was in love with ambient pieces, especially the ones made by Sorrow, Owsey, Asa. I also listened to a lot of chillstep and electronic music that could give me an emotion and tell me a story. I can say that my number one artist was and is Koda. I loved him music since I was just a teenager and it has helped and inspired me a lot.

I grew up when physical editions of albums were not a trend anymore, so most of the music I liked was purchased on Bandcamp, since it gave me that feeling of ‘owning’ an album or a song. However, the first album I purchased was ‘III’ by Bersarin Quartett. I truly recommend listening to it, it’s such a special type of ambient and orchestral music.

I think that it would probably be ‘The Last Stand’ by Koda. It is such a magical piece to me, however it would be hard for me to pick one because I have many favourite songs.

I don’t have any rituals or habits, I just sit down until I find something interesting. However, as I grow, I find out that I am more and more in need of real life experiences and good music to be able to then feed my creativity.

It’s hard to pick one, but if Owsey ever started playing liveshows, it would be an honour to open the show for him.

I think the most rewarding part, for me, is not only the success of each song but also the moment when I feel proud of what I have created. When I experiment and achieve great results. It’s very rewarding when I learn and put those techniques into practice, with success. I feel like I have learned something and I have used it correctly, with my own creative mind.

The most frustrating part for me is not being able to translate my ideas into music, not being able to put out my ideas quickly. I often lose my momentum when that happens, but I know It’s a lot to ask. I would love to put all my emotions in my songs and make them clear enough so that people can understand the story I wrote. I feel like sometimes I would just ask my listeners to lay down, hear my story and listen to my music while imagining a world that makes us feel so nostalgic, even if we have never been there and we have never seen it before.

I think the best advice I received so far was to not care about what listeners want or what labels want, but only about what you want as a musician. Then, people who appreciate your art will follow you. It is important to let your creativity flow, without limits. Your creativity as a musician needs to be shapeless, impossible to label, hard to decipher. It has to be an enigma, something unique that can only grow from you.

Kisnou's new single 'The Last Memory Of Me' is available to stream now. Check it out in the player below.

3 hours 49 min ago Following on from the release of their highly-praised 2020 debut LP 'Bedroom', bdrmm have now ann

2 hours 19 min ago After spending the last few years delivering a wealth of fresh and explosive anthems, Iowa-based