Getting To Know... Krooked Kings

Getting To Know... Krooked Kings

The band's new single 'Fool's Gold' is out now 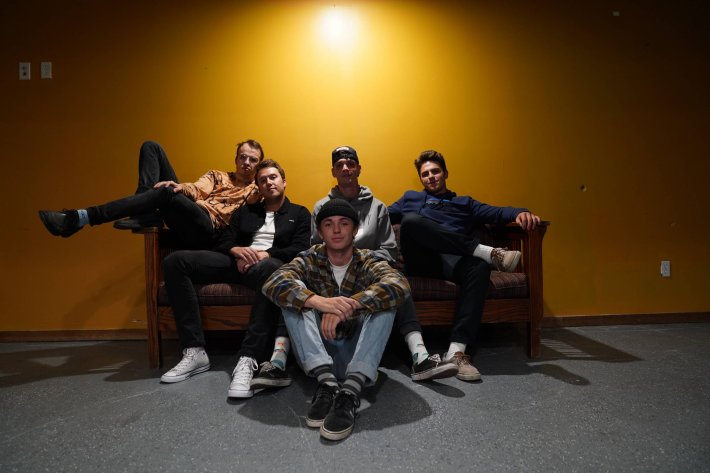 With a wide range of influencers that include The Grateful Dead, Led Zeppelin and Bon Iver, 'Fool's Gold' is the bright and uplifting release that we are all looking for right now. Layered with woozy vocals, reverb-soaked guitar riffs, and finely tuned rhythms, their newest delight looks set to see them become one of the United States' next big exports.

So with their new single doing the rounds right now, we sat down with them to find out more about their origins and what first kick started their love of music.

Paul: Guitar hero! Seriously though, my parents made me get piano lessons when I was a kid and I never took them seriously. As soon as Guitar Hero III came out I developed an unhealthy obsession that eventually led me to start playing guitar.

David: Our lead singer Oli's tumultuous love life takes up most of the song subject matter.

Oli: 'Holocene' by Bon Iver always hit really hard for me and I remember figuring out how to play it as soon as I got my first guitar.

Paul: Unpopular opinion but I'm a huge fan of reggae music. Anything from early dub stuff like Peter Tosh to the kinda new wave reggae like Rebelution is great for getting the morning started off.

Oli: Literally all of them. Through one avenue or another our music usually is about relationships or friendships we've had in the past or present, most of our lyrics are pretty on the nose with that stuff.

Matt: Honestly we get a lot of support from friends and family, so when we started picking up some traction and realised there were people in the audience we've never met and they knew the words to some of our songs we were all pretty stoked.

Paul: We're from Utah which is right in the mountains. We all grew up camping, skiing, and mountain biking which is how a lot of us fill up our free time when we're not gigging or in the studio.

David: I got my degree in English so I've always been really into writing. My brother and I actually bounce ideas for comedy scripts off each other from time to time and I would love to see that turn into something even if it's just a little side project. We grew up watching The Simpsons and Futurama so getting into something along those lines would be amazing.

Matt: I'd say start playing shows but the 'rona and LiveNation kinda screwed the pooch on that one. Next to that I'd say get some music on Spotify; it's easier than ever to record your music from home and if it catches the right ears, Spotify provides a huge platform for growth. I can honestly say I never thought we'd have the following we have now.

Krooked Kings' new single 'Fool's Gold' is available to stream and download now. Have a listen to it in the player below.

19 hours 25 min ago Since launching his Supershy project earlier this year, Tom Misch has proven himself quite the da

14 hours 36 min ago After cementing himself with his breakthrough debut album 'The Collection Vol.1' in 2020, a relea